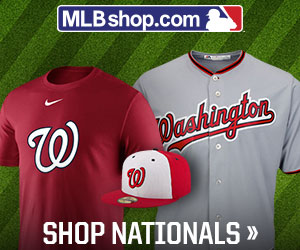 After many disappointing seasons, the Nationals have their eyes set on a World Series Championship. Nationals tickets are still in high demand as their loyal fans continue to watch every inning in hopes that their team will finish one of these seasons at the top. With a dynamic young core of pitching and hitting, the Nationals look poised to beat out the Atlanta Braves and the New York Mets for the Eastern crown and continue their success in the "Beltway Series" between them and the Baltimore Orioles.

Be sure to check the Washington Nationals schedule before heading to Nationals Park to watch this baseball team in their race for the championship.

The Nationals won back to back Division titles in 2016 and 2017. This is a good platform and the Nats should make the most of it now. They have not been able to get their hands on a World Series title, but who is to say that will not change this year?

Get your Washington Nationals tickets and catch the baseball team from the nation’s capital play live.

The First Division Title - 2012 was a great year for the Washington Nationals. That was the season when they clinched their first division championship. The Nats were on a roll that year and managed to win a whopping ninety eight games on their way to winning their first ever division championship. The Nationals have not bettered that record till now. They have won another three Division crowns since then, but the one in 2012 was the one that announced their arrival on the MLB map as a team to be taken seriously.

2012 NLDS, Game 4 - In 2012, the Washington Nationals were up against the formidable St. Louis Cardinals in the NLDS. The Cardinals had taken a 2-1 lead in the series heading into Game 4 at the Nationals Park on October 11, 2012. It was a must win encounter for the Nats because anything less than a win would have signaled the end of their run. The game was tied at 1-1 with the pitchers at the top of their game. The game was on a knife-edge when Jayson Werth stepped up for the Nats at the bottom of the ninth and scored the HR against Lance Lynn to win the game and take the series to Game 5. The Cardinals won the final game, but Game 4 remains one of the most unforgettable games in Nationals’ history.

Nationals-Orioles Rivalry - The rivalry between the Washington Nationals and the Baltimore Orioles is also known as the “Beltway Series.” It kicked off when the Montreal Expos upped sticks and moved to Washington to become the Nationals. These two sides have not met in the playoffs as yet, but they do come up against each other twice in a regular season. The Orioles have the lead in the head to head record between these two sides since Nationals began to play in 2006.

Nationals-Braves Rivalry- The Atlanta Braves became members of the NL East in 1994 and that is when the rivalry between these two sides took off. The Nationals were known as the Montreal Expos back then. These two sides have headlined some epic encounters over the years. One of those took place on April 28, 2015, at the Turner Field. It was a very high scoring game, which was won by the Nats, 13-12.

The Washington Nationals made the move to the Nationals Park, their current home, in 2008.This 42,000 seat stadium is located along the Anacostia River in the Navy Yard neighborhood of Washington, D.C. Fans can get a glimpse of the Washington Monument, the National Cathedral, and the US Capitol. Nationals Park is full of opportunities for fans to celebrate the history of the Nationals organization with the newly constructed Ring of Honor.

Grab your Washington Nationals tickets with a few friends and go cheer your favorite team on their hunt for a title.

Music stars like Billy Joel, Paul McCartney and Taylor Swift among others have performed at the ballpark over the years as well. In 2015, NHL’s Winter Classic was held at the Nationals Park too. On top of that, the MLB has announced that the 2018 All-Star game will also take place here. This will be the first time that an All-Star game will be held in Washington since 1969.

The Most Iconic Nationals Players in History

Plenty of stellar talent has represented the Washington Nationals over the years and Bryce Harper is on that list. He has been part of the Nationals’ roster since 2012 and during that time, he has become a five time All-Star and was the NL MVP in 2015. He has also won a Silver Slugger Award.

Ryan Zimmerman joined the Nats in 2005 and has been instrumental in making the Nationals a force to be reckoned with. He is a two time All-Star and has won a Gold Glove Award. Zimmerman has also got his hands on two Silver Slugger Awards in 2009 and 2010.

Stephen Strasburg has done his share of work for the Washington Nationals as well since joining the franchise in 2010. He is now a three time All-Star and a Silver Slugger Award winner. He was also the 2014 NL strikeout leader and won the Golden Spikes Award in 2009.

After clinching two straight Division Championships, the Nationals are looking good to take the next step forward. They have a very strong roster and their exploits over the 2016 and 2017 seasons is a testament to that.

If you want to see them in action, then check their schedule and get your Washington Nats tickets to see a team that is on the rise and going places.

ScoreBig offers a 100% money-back guarantee. If you have been in search of cheap tickets for Washington Nationals, ScoreBig by far is the best option. That’s why ScoreBig has more loyal customers than any other ticketing site. Shop at ScoreBig for safe and secure Washington Nationals event tickets.