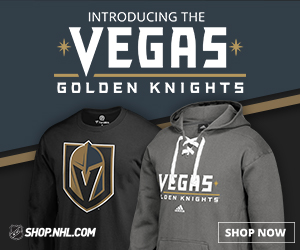 Establishment of the Golden Knights

The NHL has had a presence in Las Vegas since 1997 when the Frozen Fury was first held there. In addition to this preseason NHL event, the NHL Awards have also been held in Las Vegas since 2009. Talks of a Las Vegas expansion team did not begin until around 2014, and even then it was only rumors. In November of 2014, a report was released by the NHL stating that they had selected businessman Bill Foley and the Maloof family to be the leaders in the ownership for a Las Vegas expansion team. The Maloof family were former owners of the Sacramento Kings and founders of the Palms Casino Resort; a family with the experience needed for owning a professional hockey team. A month later, it was announced that Foley would be granted permission to hold a season ticket drive to see what interest there would be in a Las Vegas team. The season ticket drive began in February of 2015 and Foley reached his goal of 10,000 deposits by April of 2015. The Las Vegas expansion bid was approved by a unanimous vote in June of 2016 at the NHL owners’ meeting. Right after, Foley paid the $500 million expansion fee and began to create his team.

The name “Vegas Golden Knights” was created from a plethora of reasons. Foley chose “knights” to pay homage to his alma mater, the Black Knights of the United States Military Academy. Foley was also quoted saying that knights were “the epitome of the warrior class.” Because Nevada is the largest gold-producing state in the country, the Knights Foley envisioned became the Golden Knights. Foley also chose to omit the “Las” in Las Vegas because the locals tend to refer to their city as just “Vegas”. The Golden Knights mascot is surprisingly not a Knight. It is actually a Gila monster named Chance. Gila monsters are a type of venomous lizard that is unique to the southwest. Foley chose not to use a knight as a mascot because knights could potentially be scary to children.

First Season in the NHL

The Vegas Golden Knights roster includes players from France, American, Canada, Sweden, Finland, the Czech Republic, Slovakia, and Italy. In the wake of the Vegas mass shooting, the deadliest mass shooting in US history, the Golden Knights honored the victims of the attack in the their first home game on October 1, 2017. The team also retired #58, in honor of the 58 victims killed in the shooting. With the start of the ’17-’18 season, the Golden Knights set an NHL record for an expansion team, starting the season with a 3-0 record. Unfortunately the teams’ goalies had many injuries and by the 11th game of the season they had to start their fourth goaltender. But that did not seem to affect the team in the slightest. By December, the Golden Knights set another record for an expansion team with eight straight wins. On February 1, 2018 the team set another record, scoring the most points by an expansion team in their debut season with 84 goals. The Vegas Golden Knights ended the regular season placing first in the Pacific Division. Out of all of the four major sports, the Golden Knights were the first expansion team to win its division in their inaugural season. The achievements this expansion team made in their first season were unprecedented. Leaving the regular season and going into the playoffs the Golden Knights did not slow down. The team swept the Los Angeles Kings and became the first team in NHL history to go 4-0 in their first playoff series in their inaugural season.

Bill Foley did an amazing job with the Vegas Golden Knights. He started a hockey team from scratch and built it into one of the best expansion teams the NHL has ever seen. The Golden Knights will only continue to expand their fan base and be very successful within the league. Vegas is proud to be able to host such a successful and fun professional hockey team. See the Golden Knight play live and get your Las Vegas golden Knights tickets here!

ScoreBig offers a 100% money-back guarantee. If you have been in search of cheap tickets for Vegas Golden Knights, ScoreBig by far is the best option. That’s why ScoreBig has more loyal customers than any other ticketing site. Shop at ScoreBig for safe and secure Vegas Golden Knights event tickets.