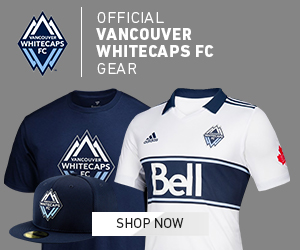 With new leadership and the momentum of a great 2014 season, 2015 is a highly anticipated year for Vancouver Whitecaps fans. Here's what to expect for 2015.

Similar to their East Coast neighboring team, the Montreal Impact, the Vancouver Whitecaps began as a NASL competing team until they moved to the MLS. Founded in 1986, the Whitecaps played for 24 years before making the switch in 2010. They began their 2011 season with former Icelandic international player Teitur Thordarson as head coach, winning their first match but losing the next eleven matches.

In 2012, the Whitecaps became the first Canadian team to qualify for the MLS Playoffs. In 2014 they earned their second Playoff spot in two years time - a feat no other Canadian team has achieved thus far - and became the highest-ranked Canadian team in MLS that year. With new Head Coach Carl Robinson leading the pack, great things are ahead for Whitecaps fans in 2015.

What to Expect this Season

With fresh talent in SuperDraft Pick and American defense-man Tim Parker and leading scorer Pedro Morales, there's a lot of greatness happening at BC Place.

With no fees and free shipping, there's no better time to get out to the game. With ScoreBig, you save on every Vancouver Whitecaps ticket, every day.