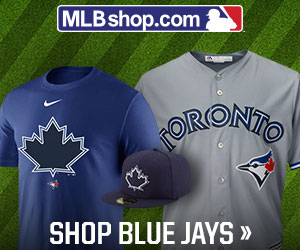 The Blue Jays have their sights set on another World Series Title, their first since going back to back in the 92' and 93' seasons. The Jays are determined to dethrone AL East powerhouses the New York Yankees and the Boston Red Sox. A potent offense is shaping the Blue Jays into title winners.

Unable to make it past the regular season from 1994 to 2014, the Toronto Blue Jays brought great joy to their fans when they qualified for the playoffs in the 2015 campaign. The team won the ALDS against the Texas Rangers, 3-2, but was eliminated by the Kansas City Royals. In the 2016 season, the Jays once again made it to the playoffs, but lost in the ALCS against the Cleveland Indians, 4-1. The 2017 season was even less victorious, as the Blue Jays failed to make it to the playoffs, finishing the season with a 76-86 record.

They are now ready to dominate the current MLB season and you can watch them live in action by getting your Toronto Blue Jays tickets.

The Toronto Blue Jays have given their fans plenty to cheer about. They have delivered many memorable moments in the past. Let’s relive some of those.

Capturing Two Consecutive World Series titles – For more than a decade since their formation in 1977, the Toronto Blue Jays struggled and made only three appearances in the playoffs in 1985, 1989 and 1991. In 1992 campaign however, the team made its presence felt. They not only qualified for the postseason but also went on to win the ALCS by emerging victorious against the Oakland Athletics, 4-2. They later faced the Atlanta Braves for the top prize and once the dust settled, it was the Jays who celebrated their first World Series title victory.

A year later in 1992, the Toronto Blue Jays once again qualified for the playoffs. They carried their momentum from the previous season and went on to defeat the White Sox. They then locked horns with the Philadelphia Phillies. Both sides played competitive baseball but the Jays asserted their dominance and captured their second World Series Championship by defeating the Phillies, 4-2.

Dave Stieb’s No-hitter – On September 2, 1990, the Toronto Blue Jays were facing the Cleveland Indians at Cleveland Stadium when something special happened - Jays’ star pitcher, Dave Stieb pulled out a no-hitter, which made him the first and only player to achieve this feat in the franchise’s history. Fans of the Toronto Blue Jays will always remember Dave for his no-no.

The Toronto Blue Jays have intense rivalries with the Texas Rangers and the Baltimore Orioles.

Jays-Rangers Rivalry – The rivalry between the Toronto Blue Jays and the Texas Rangers came about when these two sides collided in the 2015 ALDS. That series was won by the Jays, 3-2. They later squared off again in the 2016 ALDS. This time, the Blue Jays defeated the Rangers, 3-0. This infuriated the Texas Rangers and since then these two sides have developed bad blood between them.

Jays-Orioles Rivalry – In recent years, the Toronto Blue Jays and the Baltimore Orioles have built quite an intense rivalry. Both sides compete as members of the American League East Division. Their rivalry became intense when the Jays won the playoff berth against the Orioles in the 2016 campaign. What makes this rivalry more interesting is the heated moments these two teams have shared including repeated Jose Bautista vs. Darren O’Day showdowns and Bautista's verbal back-and-forth with Adam Jones.

Rogers Centre is located in downtown Toronto and has a seating capacity of 49,000. The Rogers Centre is home to the worlds first retractable roof and is one of two arenas that still uses artificial turf in all of baseball.

The Toronto Blue Jays have been playing their home games at the Rogers Centre since 1989. The venue has also hosted major events in the past including, trade fairs, conventions, traveling carnivals and concerts. Moreover, Rogers Centre is the last North American major-league stadium, which was built for both baseball and football.

Even though Roberto Alomar spent a few years with the Toronto Blue Jays, he became an important part of the team. While with the Jays, he played in one All-Star game in 1991 and received five Gold Glove Awards. Moreover, he won one Silver Slugger Award in 1992. The Jays have also honored him by retiring his number 12 on July 31, 2011.

The Toronto Blue Jays also had another star player on their roaster, Roy Halladay. He remained with the team from 1998 to 2009. As a Blue Jay, he was chosen to appear in the All-Star game six times. In addition, Roy won the Cy Young Award in 2003.

There are also stars like, Bobby Cox, Rickey Henderson, Phil Niekro and Dave Winfield who played for the team. All of them have been inducted into Toronto Blue Jays Hall of Fame.

The Toronto Blue Jays came up short in the 2016 campaign. They are now ready to slay their competition in the current season. Considering that the team has won two World Series titles before, the question is, are they going to win it for the third time this year? You can find out by getting your Blue Jay tickets.

The last thing you want to find out is when the Toronto Blue Jays event you wanted to go to is sold-out. Don’t worry in many cases ScoreBig has affordable tickets to sold out events. We sell tickets from GA all the way to premium seating and parking. Skip the scalpers in the parking lot and get your tickets online from top Toronto Blue Jays ticket brokers. We get you in all events, buy your Toronto Blue Jays tickets here from a brand that many trust and rely on for all their ticketing needs.

ScoreBig offers a 100% money-back guarantee. If you have been in search of cheap tickets for Toronto Blue Jays, ScoreBig by far is the best option. That’s why ScoreBig has more loyal customers than any other ticketing site. Shop at ScoreBig for safe and secure Toronto Blue Jays event tickets.