Theater Tickets | Theater 2020 | ScoreBig.com
ScoreBig is a resale marketplace. Ticket prices may be above face value.
Ashburn, VA, US
All Dates
X 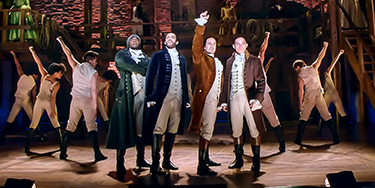 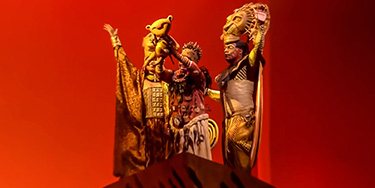 Disney On Ice: Find Your Hero

Being the backbone of any culture, theaters have long been the ideal gathering places for people of various classes. From operas to ballets to movies, the performing arts have created a need for buildings as beautiful as the performances themselves. The early 19th century theaters were decorated with over the top ornamentation with grand chandeliers, heavy drapes and a lot of gold. Even today, theaters remain an integral part of any city’s cultural life. Modern theaters are designed to provide an unparalleled experience to the audience in terms of the acoustics, performance and the entire atmosphere.

With modern theater, the good part is that everyone can enjoy it – it is not just something for the royals or the elite class only. In fact, with websites like ScoreBig, you can get pretty decent discounts on theater tickets.

Don’t think that you can’t save money on your ticket just because you’re sitting in an opera house, a black box theatre or a standup comedy club. At ScoreBig, we want you to save on more than just sports and concerts. We want you to bring the family to the circus or an ice show. Or leave the kids with the sitter while you go to the ballet or the opera, or catch your favorite stand-up comedian.

Now you don’t need to pay for expensive subscriptions; at ScoreBig, you can save up to 60% below box office price on any of the performing arts events you want. You’ll get great seats for the most exclusive events in your area, and you’ll be paying less than anyone else around you. If you’re wondering how to afford that once-in-a-lifetime performance, we have the answer right here. And if you want to bring your foam finger with you, that’s up to you.

Theater Performances to Watch in 2020

This year, the options you have with theater are even bigger and better than before. Let’s take a look at some of the shows you can catch in the upcoming months:

Dancing with the Stars: America’s favorite dance show is on the road again and will be coming to the Sands Bethelem Event Center for two shows on the 12th of January, 2020. Performing this time will be the season 23 champion, the Olympic gold medalist, Laurie Hernandez, along with her partner Val Chmerkovskiy. Other performers include Lindsay Arnold, Jenna Johnson, Hayley Erbert, Emma Slater, Sharna Burgess and many more. The production will feature multiple types of dances including modern dances and ballroom dances

Hamilton: The exhilarating hit musical is already on its way to change the face of the theater. The story will follow the scrappy young immigrant, Alexander Hamilton, who goes from being the bastard, orphan to becoming George Washington’s right hand man. Enjoy the uniquely amazing tale of America’s fiery past with your friends and family. Hamilton will be playing at the CIBC Theatre in Chicago on 12th January, 2020.

The Lion King: The most awaited stage production ever will be coming to the Fabulous Fox Theater on 12th January, 2020. The majestic sets of the beautiful tale will be a true treat for the entire family. Follow Simba in his quest, with wonderful music such as “Hakuna Matata”, “I Can’t Wait to be King” and “Circle of Life”. The breathtaking choreography along with the timeless storyline will be an amazing experience for the entire family. So, don’t miss out!

Wicked: Coming to the Ford Oriental Theater in Chicago, Wicked will transport its viewers to the Land of Oz. It tells the story of two girls - one born with emerald green skin and the other, a beautiful, young and popular woman –as they become the Wicked Witch of the West and Glinda the Good. The performance of Wicked will be one not meant to be missed. The age old story that has been collecting awards and accolades all across the country is the ideal entertainment option for your friends and family.

Aladdin: Disney’s Tony-Award winning musical is everything you could wish for in a musical. The musical will be playing at the Pantages Theater Hollywood, LA, till 31st March, 2020. The fabulous Prince Ali and the brave Princess Jasmine will grace the stage along with the rest of the cast. The storyline will recreate the 1992 film on stage, with some additional songs, characters and scenes to keep things fresh and updated. Take your kids out for this wonderful fairytale from the list of Disney classics!

Phantom of the Opera: Based on the 1910 novel by Gaston Leroux, The Phantom of the Opera is the legendary take on a deformed composer that haunts the Paris Opera House. The lonely, romantic composes operas for a gorgeous soprano star, Christine. Phantom of the Opera is Andrew Lloyd Webber’s masterpiece and is widely acknowledged as Broadway’s longest running hit ever. And watching it at the Majestic Theater in New York will truly be an epic experience, unlike anything you have seen before.

Motown – The Musical: The musical, filled with all your favorite hits from the golden era of Motown Records will be a true spectacle for the eyes. It tells the story of Motown founder Berry Gordy and how his love for music created a complete empire. The musical will feature more than 60 classic songs from the Motown music label from all sorts of genres. So, get ready to head to the Fred Kavli Theater in Thousand Oaks, California, starting 12th January 2020.

Cirque Du Soleil – Volta: Playing at the Grand Chapiteau At Hard Rock Stadium in Miami Gardens, Florida, Cirque Du Soleil is a truly mesmerizing experience. Volta tells the amazing tale about the freedom to choose your own path. It is a story of transformation and being true to oneself and it celebrates freedom as a movement. If you want to experience this colorful modern circus, you need to get theater tickets for Cirque Du Soleil – Volta at the earliest.

Cheap theater tickets for all of the above shows, along with many others might be available. Keep checking for the latest updates on dates, venues and shows to make sure you don’t miss out on any of the amazing deals, like those offered by ScoreBig. Other shows you might be interested in include The Book of Mormon, Miss Saigon, The Illusionists, Disney on Ice, Sesame Street Live, Paw Patrol, Andre Bocelli, Les Miserables, Jersey Boys, Kinky Boots, Chicago – The Musical, Riverdance, Dirty Dancing, A Gentleman’s Guide to Love and Murder, the Sound of Music, Romeo and Juliet, Finding Neverland, School of Rock – The Musical, The Sleeping Beauty and many more. With such amazing entertainment options awaiting you and your family, you really can’t afford to miss out on these amazing tickets!