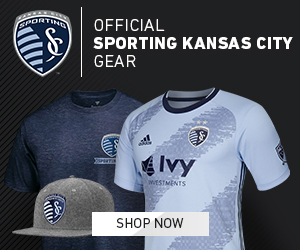 Newly moved from the Eastern Conference to the Western Conference, Sporting Kansas City has lots to prove in 2016. With seasoned players like US national team members Graham Zusi, Matt Besler and Benny Feilhaber along with Argentine star Claudio Bieler, fans are excited to see what the first Western Conference season has in store for Sporting KC.

After years playing home games in massive Arrowhead Stadium, home of the Kansas City Chiefs, Sporting KC moved into their state-of-the-art stadium in 2011 and it is truly one of the great sports venues in the country. At the north end of the stadium you’ll find (and CERTAINLY hear) the chants and cheers of Blue Hell, the team’s inimitable supporters group.

Located in the West Village section of Kansas City, Sporting Park is surrounded by TONS of dining, shopping and entertainment options. Spend the day (heck, spend a bunch of days) in the area and cap it off with an electrifying Sporting KC match and see one of the best teams in MLS. With tremendous fan support and one of the best soccer stadiums on the planet, Sporting KC tickets are a must have. Get out and see the action with extra savings from ScoreBig.

ScoreBig offers a 100% money-back guarantee. If you have been in search of cheap tickets for Sporting Kansas City, ScoreBig by far is the best option. That’s why ScoreBig has more loyal customers than any other ticketing site. Shop at ScoreBig for safe and secure Sporting Kansas City event tickets.