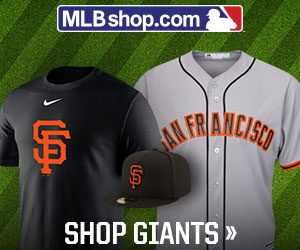 2017 was the worst season the Giants had seen in 32 years. They finished with a record of 64-98 which put them finishing in overall last place for the National League. But the Giants have a history of being one of the best teams in the MLB. With 8 World Series titles, the Giants aim to bounce back and erase the memory of the 2017 season.

The MLB season is here and the Giants are back and better than ever. Get your SF Giant tickets fast today!

The Giants are back and have their sights set on another World Series title. San Francisco has capitalized on shutdown pitching and stellar defense by winning three out of the five World Series to start off the decade and place San Francisco Giants tickets as one of the most coveted in the league. Rivals, the Los Angeles Dodgers and the San Diego Padres will look to halt the Giants' division success while Bay Area neighbor, the Oakland Athletics, strive to catapult San Francisco and become Northern California's team.

Celebrating their 134th anniversary, the San Francisco Giants have the second most (20) appearances in the World Series, after the New York Yankees (40). Winning 8 World Series championships along with 23 NL Pennants and 8 West Division titles, the Giants remain one of the most successful franchises.

Formed in 1883 as the New York Gothams, they later became the New York Giants in 1886 and the San Francisco Giants in 1958. Besides being a stellar team, the Giants also boast of an exciting history.

Giants Win 2010 World Series – It is one of their most epic wins since it ended the Giants 56 years’ title drought. Timely contributions and extraordinary pitching earned them a 4-1 win over the Texas Rangers. Edgar Renteria was declared the series MVP and the Game 5 win came on the road at the Rangers Ballpark. Tim Lincecum shined at the pitching and the fans still cherish Brian Wilsonstriking out Rangers Nelson Cruz. Celebrations erupted all around as the visitors lifted the trophy.

2012 Historic World Series Win – The road to victory was a difficult one. The Giants had lost two important early games and finally overcame the deficit against the Cincinnati Reds and the St. Louis Cardinals. Some stunning performances, includingPablo Sandoval’s three-homers in the World Series Game 1 against the Detroit Tigers placed the Giants in winning position. Nobody was expecting the Giants to clean sweep the Tigers, but they did just that. Elite players Sergio Romo and Pablo sealed their victory 4-0. It marked the Giants seventh World Series title, second in three consecutive seasons.

1989 World Series Earthquake – This doesn’t come with fond memories for more reasons than one. Already trailing with two games against the Oakland Athletics, on Game 3 a massive earthquake hit the area at 5:04 pm; whereas, the game was scheduled for 5:35 pm. Due to the destruction, it took 10 days to resume the championship and finally when the teams did come back, the Giants lost all 3. It was a 4-0 loss that still haunts the side.

Being a competitive team that they are, the San Francisco Giants share a historic rivalry with the Los Angeles Dodgers. Their games against the Oakland Athletics and the Yankees are also among the best in the league.

Giants-Dodgers Rivalry – Some consider it the greatest sports rivalry of all time. It started in 1889 when the Dodgers were based in Brooklyn. They played a competitive first series ever in which the Giants won 6-3 and it planted the seeds for a fierce rivalry. In 1890, the Dodgers got their revenge and it featured a passionate dispute between the two franchises. Their head to head tally is also the most in MLB which makes the rivalry even more intense. From 2000 till 2017, the two teams have played each other 326 times, with the Giants winning 164 and Dodgers clinching 162 games.

Since their formation in 1883, the San Francisco Giants always have had a star-studded roster. Over their impressive history, the team has produced 57 players along with 11 managers who made it to the Baseball Hall of Fame.

From their early years Willie Mays is one of the greatest players not just for the Giants but also in the league. His brilliant catch during the 1954 World Series game helped the Giants win their fifth championship. Named MVP twice, with 24 games he holds the All-Star record of most All-Star Games played.

Barry Bonds is another name that the Giants are immensely proud of. With the team, he won five MVP awards and holds the record for the most (762) home runs in a career. In the present era, Buster Posey remains the pride of the Giants. He has cemented his name in the team as one of the best catchers to suit up for the Giants.

SF Giants tickets are your way in to one of the most beautiful ball parks in the league. This 42,000 seat stadium is located right on the San Francisco Bay. Fans can enjoy seats with breathtaking views of the San Francisco Skyline, the Bay Bridge, the San Francisco Bay, and historic McCovey Cove. “The Coca-Cola Fan Lot” is a hit with fans of all ages. The ballpark features an 80-foot long Coca-Cola bottle with playground slides and a miniature version of the stadium where children can play a game of “mini-baseball”. AT&T Park provides fans with the opportunity to absorb and learn about Giants’ history with their wall of fame and with several iconic statues that surround the perimeter. Fans and locals are always scanning the San Francisco Giants schedule to look for their next great night out!

The Giants are once again geared up for a thrilling season and if they play to their potential, they might even bag their ninth World Series title. Get your San Francisco Giants tickets from here.

ScoreBig offers a 100% money-back guarantee. If you have been in search of cheap tickets for San Francisco Giants, ScoreBig by far is the best option. That’s why ScoreBig has more loyal customers than any other ticketing site. Shop at ScoreBig for safe and secure San Francisco Giants event tickets.