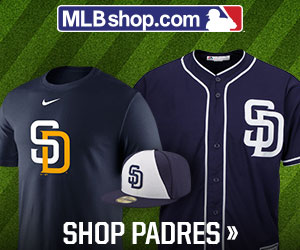 Grab your San Diego Padres tickets and head down to Petco Park to be a part of your team’s home field advantage.

Though the Padres failed to make it into the playoffs in 2017, the upcoming season could be a whole new ballgame. With the arrival of MLB season, the Padres have dedicated themselves to a complete rebuild of the roster with youngsters full of exceptional talent.

Nonetheless, the Padres have treated their diehard fans to some exciting games and established themselves as a relevant MLB team.

1984 Padres Win the Pennant – With only 15 seasons in, the San Diego Padres were considered new kids on the block. Their start to the season wasn’t exactly promising as they lost the first two NLCS games and returned to San Diego dejected. Their fans however had other plans. In the Padres next home game at the Jack Murphy Stadium, a capacity crowd came out to support the side. It was just the emotional uplift the team needed and they won their next two games, setting up a game 5 decide, which they won as well. It was the Padres first-ever NL pennant and they advanced to the World Series. They were eventually defeated by the Detroit Tigers, 4-1.

The 1998 Season – Throughout their history, only four Padres teams have managed to win more than 90 games and the team in 1998 was one of them. Winning 98 regular season games en route to an appearance in the World Series, the Padres’ roster boasted Trevor Hoffman and Tony Gwynn. The lineup also included Kevin Brown, a top three Cy Young finisher, and Greg Vaughn, the 50-homer MVP. Ken Caminiti and others like Andy Ashby, Wally Joyner and Steve Finley were also part of the Padres 1998 roster. In the World Series Finals, they met the in-form New York Yankees, who won the title, 4-0. Nonetheless, for the Padres, the season is full of fond memories as they won their third West Division title and recorded an 11-game winning streak.

Baseball fans love good old fashioned rivalries. They not only bring out the best in the players on-field, but also thrill the fans in the stands.

Padres-Dodgers Rivalry – Nothing fierce, but theirs is a rivalry that pushes each side to play their best. Between the San Francisco Giants and the LA Dodgers, the Padres weren’t given much chance to win a championship or shine in their division. This often irked the young players and whenever the two teams meet, the fans get to watch a head-to-head faceoff.

Padres-Seattle Mariners Rivalry – The San Diego Padres defeated the then Seattle Indians in their first home game in team’s history and since then things haven’t been the same. From 1997 till 2016, they also played the interleague series called the Vedder Cup that further ignited the rivalry.

Despite their lack of title-winning history, the San Diego Padres have produced extraordinary players. Tony Gwynn remained as the steadiest hitter for the Padres for almost 20 years and was later inducted into the Baseball Hall of Fame. He won 8 NL batting titles and was a 15-time All Star. Dave Winfield also remained a vital name in the Padres side, shining as their All-Star player. Trevor Hoffman is another name that the San Diego Padres are proud of.

Petco Park, the home ground for the San Diego Padres, is a great place for fans to enjoy craft beer and good food. This 41,000 open-air ballpark is located in downtown San Diego. Petco Park gives fans an opportunity to enjoy an open-air ballpark in downtown San Diego, California. Besides being conveniently located right by the beach, fans can enjoy the “Park at the Park”, a grassy berm sloping above the outfield fence, which is open during game time.

While the Padres haven’t been to the playoffs since 2007, the current roster of young players are looking forward to prove themselves. A productive season is being predicted nevertheless from the likes of Carlos Asuaje, Manuel Margot, Hunter Renfroe and Austin Hedges.

Keep an eye out for Padre Game Tickets and come support the side as they take on their rivals this year.

The last thing you want to find out is when the San Diego Padres event you wanted to go to is sold-out. Don’t worry in many cases ScoreBig has affordable tickets to sold out events. We sell tickets from GA all the way to premium seating and parking. Skip the scalpers in the parking lot and get your tickets online from top San Diego Padres ticket brokers. We get you in all events, buy your San Diego Padres tickets here from a brand that many trust and rely on for all their ticketing needs.

ScoreBig offers a 100% money-back guarantee. If you have been in search of cheap tickets for San Diego Padres, ScoreBig by far is the best option. That’s why ScoreBig has more loyal customers than any other ticketing site. Shop at ScoreBig for safe and secure San Diego Padres event tickets.