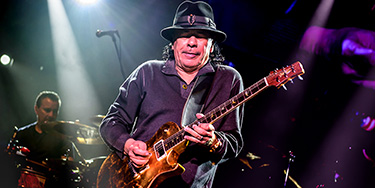 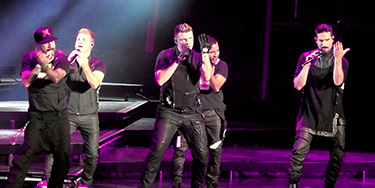 Joan Jett And The Blackhearts
29 Events

Do you constantly find yourself listening to Top 100 stations on the radio? Do you consistently become briefly infatuated with a song and want it on repeat before moving on to a new tune a week later? Do you freak out whenever you hear Ryan Seacrest’s voice come over the airwaves? Then pop music is the genre for you. Short for popular music, this genre is comprised of exactly that; today’s hits and chart-topping singles. These are the songs gracing our airwaves and the minds of teenage girls everywhere. Commercially designed to be catchy and able to sing along with, pop music stands out among the younger crowd but is infectious for both millennials and Generation Xers alike. These songs are short in length with repeated hooks, choruses, and melodies so they catch on in listeners’ memories. At a live show, there is no shortage of energy with the performer strutting all over the stage and the people in the front row screaming so loud they might explode, hoping they can get a fleeting touch on the extended hand of the performer. Popular music constitutes popular shows, and for that reason pop music concert tickets are in high demand. Make sure to jump on these early and head out to a pop show near you! Pop concert tickets are the hottest commodities these days!

About Pop and Rock Music

Pop music is diverse. It borrows from a multitude of other genres such as urban, rock, Latin, country and dance. However, the genre is not defined by any specific kind of sound. Identifying factors of pop music include typically short to medium-length songs written in a simple verse-chorus kind of structure, as well as the use of repetition in choruses, melodic tunes and hooks. Other characteristics include a noticeable rhythmic element, a largely mainstream style and a traditional overall structure.

The themes of modern pop and rock songs typically explore simpler ideas, such as love and romantic relationships. However, darker themes like revenge are also addressed quite often.

Pop and rock music make up the largest chunk of music consumed today. Be it radio, television or movies, all forms of entertainment have a strong infusion of this genre of music in them. The genre draws its popularity from the fact that it appeals to a wide audience with its catchy and upbeat character.

Biggest Pop and Rock Stars of All Time

Over the years, the pop rock genre has proven to be truly the most hyped about. With names such as The Beatles, Michael Jackson, U2 and Elvis Presley, it comes as no surprise that it is one of America’s favorite genres. Let’s take a look at some of the biggest pop and rock stars the industry has ever come across.

The English rock band was without doubt the most successful act of the 20th century. They made valuable contributions to film, music, literature, art and even fashion. Their impact on popular culture and music can still be felt in modern music as they continue to inspire young artists. The Beatles are the best-selling band in history with 800 million album sales worldwide. As of 2017, they hold the record for the most number one hits on the Hot 100 chart.

Known for their popular hits such as “Paint It Black,” “Ruby Tuesday” and “Lady Jane,” the British rock band, The Rolling Stones is truly legendary. Pretty much everyone who has attended their shows agrees that The Rolling Stones have the ability to get you up and dancing in a matter of seconds. Lead by Mick Jagger on vocals, this band from London was truly a class apart since the early days of its formation. They have been inducted into the Rock and Roll Hall of Fame and the UK Music Hall of Fame. With album sales of more than 250 million, and 30 hit studio albums to their name, the fame of the band is unimaginable.

The ‘Queen of Pop’, Madonna needs no introduction. The singer, songwriter, businesswoman and actress is truly a multi-talented star, known for pushing the boundaries of music. She is also known for her daring and diverse visual imagery in music videos and on stage. With more than 300 million in albums sales, Madonna holds the position for the best-selling female recording artist of all time, according to Guinness World Records.

Commonly known as the “King of Rock and Roll”, Elvis Presley is a super star in every sense of the word. He is one of the most celebrated and beloved musicians of the 20th century, who has influenced many artists. Presley was commercially successful in multiple genres, including pop, gospel and blues, selling more than 600 million units all across the world. He also won the Grammy Lifetime Achievement Award at the mere age of 36.

The ‘King of Pop’ Michael Jackson was a singing sensation from a very young age, starting off with a family band called the Jackson 5. His career as a part of this successful group was nothing compared to what phenomenal success was in store for him as a solo act in the future. With multiple chart toppers such as “Beat It,” “Billie Jean,” “Thriller,” “Bad,” “Man In the Mirror,” “The Way You Make Me Feel” and “Dirty Diana,” the success of Michael Jackson truly had no constraints.

Pink Floyd managed to gain a lot of critical acclaim all over the world, thanks to their psychedelic and progressive music. Their philosophical lyrical content and extended compositions combines with elaborate live shows made them one of the most commercially successful groups in the history of pop music. The band was inducted into the American Rock and Roll Hall of Fame, as well as the UK Music Hall of Fame.

The legendary bands have surely made a great deal of contribution to this genre over the past century. They have inspired entire generations of new musicians to create absolutely wonderful pop rock music. Here are some of the latest sensations in the pop rock music world.

Taylor Swift: With a wide variety of songs such as “Love Story” and “Look What You Made Me Do”, Taylor Swift is truly the queen of modern day pop rock music. The multiple Grammy Award winner is one of the most iconic acts in the industry today.

Pink: Born in Pennsylvania, Pink is the perfect edgy tomboy female pop star. With hits such as “There You Go” and “You Make Me Sick”, Pink has received a lot of critical acclaim.

Ed Sheeran: A relatively recent sensation on the music scene, Ed Sheeran has made quite an impact in such a short amount of time. With his sweet and simple vocals, combined with the catchiest tunes on songs such as “Shape of You” and “Thinking Out Loud”, Sheeran is truly a class apart.

Katy Perry: Known for her pop hits such as “Firework,” “Teenage Dream” and “California Girls”, Katy Perry’s quirky and cheeky lyrics have managed to make waves in the music industry.

Bruno Mars: Starting out as a songwriter for some big names in the industry, Mars eventually got his big break in the field of singing with his 2010 hit, “Nothin’ on You”. Future hits include “Grenade,” “Just the Way You Are” and “24K Magic.”

Lady Gaga: Lady Gaga is an icon in terms of her music and her red-carpet fashion. She rose to fame with her debut album, The Fame, which included hit songs such as “Poke Face”. The next album, however, was an even bigger success, landing her six Grammy nominations.

Maroon 5: Rising to fame with the sweet ballad “She Will Be Loved”, the sound of Maroon 5 soon changed to a more pop rock feel. Future songs such as “Makes Me Wonder,” “Moves Like Jagger” and “One More Night” helped the band becoming on the world’s best selling music artists.

Shakira: One of the most successful Latin-American pop artists of all time, Shakira has dominated charts with her unique sound. She is known for her hits such as “Whenever, Wherever” and “Hips Don’t Lie”.

For fans of the genre, good news is that rock concert tickets are now available for the upcoming performances of multiple big name artists. These include the likes of Kid Rock, Shakira, Lana Del Rey, Kid Cudi, Ed Sheeran, Taylor Swift, Bruno Mars, Katy Perry and many more. If you want to buy pop concert tickets or rock concert tickets, now would be the ideal time to begin your search for your favorite artists’ upcoming shows.