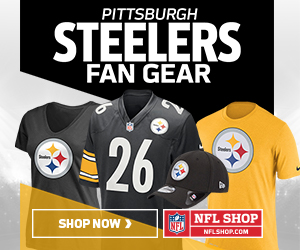 The Steelers are back and hungry to bring another Super Bowl trophy to the Steel City. Led by a dynamic offense, Pittsburgh looks to retain the AFC North Division title. In addition to battling the Philadelphia Eagles for state bragging rights, the Steelers will have to beat out rivals Baltimore Ravens and the Cincinnati Bengals for the North.

Grab your Pittsburgh Steelers tickets and head down to Heinz Field to lead your team to championship glory.

The Pittsburgh Steelers had an incredible run in 2016. The team not only qualified for the playoffs but also went on to clinch the division title. However, the Steelers came up short and lost the Conference Championship game against the New England Patriots, 36-17. They made the playoffs in the 2017 season as well, playing the Jacksonville Jaguars in the Divisional playoffs. Sadly they lost a very close game to the Jags, 45-42. But the Steelers are now gearing up to dominate in the upcoming season.

The Pittsburgh Steelers have delivered plenty of unforgettable moments throughout their history. Some of those are as follows:

Capturing two consecutive Super Bowl Championships - Pittsburgh Steelers fans were excited to see their team play in the playoffs in 1974. The Steelers won their second division title that year and added their first conference crown to their collection. The Steelers concluded the season by winning the Super Bowl defeating the Minnesota Vikings on January 25, 1975 at the Tulane Stadium.

They carried on with their dominating form in the next season and captured another Super Bowl. They defeated the Dallas Cowboys 21-17 to achieve this feat on January 18, 1976, at the Miami Orange Bowl.

The Steelers bounce back - The Pittsburgh Steelers’ reign of dominance ended after 1975. Even though the team qualified for the playoffs in the following years, they were unable to make it to the Super Bowl apart from the 1995 season. The team however, returned to its winning form in 2005. They appeared in the playoffs that year and went on to clinch their fifth Super Bowl by emerging victorious against the Seattle Seahawks, 21-10 on February 5, 2006, at the Ford Field.

Steelers-Ravens Rivalry -Ranked as the #1 rivalry in all of the NFL by Bleacher Report, the Steelers collided with the Baltimore Ravens for the first time on September 8, 1996. That game was won by the former, 31-17. Both teams play in the American Football Conference North Division. They have met each other on forty six occasions with the Steelers leading 25-21. Their last encounter took place on December 25, 2016. The Steelers won that game, 31-27.

Steelers-Bengals rivalry - The rivalry between the Steelers and the Bengals is one sided. Out of 93 encounters, the Steelers have won 58 and lost 35 to the Bengals. These two sides locked horns for the first time on November 2, 1970, which the Steelers won 21-10. How will this rivalry play out in the future is anyone’s guess.

How well do you know the Pittsburgh Steelers?

Owned by the Rooney family, The Pittsburgh Steelers were established in 1933. The team is currently coached by Mike Tomlin. The Steelers introduced their mascot, Steely Mc Beam prior to the 2007 season.

The Pittsburgh Steelers play their home games at the Heinz Field. Located along the Ohio River in the North Shore neighborhood of Pittsburgh, Pennsylvania, this 65,000 seat iconic venue is the ideal destination for all Steeler fans. Heinz Field was designed with the city of Pittsburgh's history of steel production in mind, which led to the inclusion of 12,000 tons of steel into the design. For a feel of Steeler History, the stadium is home to the FedEx Great Hall, where Pittsburgh Steeler memorabilia and Hall of Fame artifacts are on display. Make sure now to forget your "Terrible Towel !"

There is a list of players who have played a key role in the success of the Steelers. These include Jack Ham, Franco Harris, Jack Lambert and Bobby Layne all of whom have been enshrined in the Pittsburgh Steelers Hall of Fame.

Other than these stars, there is Greg Lloyd Sr. who played for the team from 1988 to 1997. During his time with the Steelers, he made it to the Pro Bowl five times and also received the AFC Defensive Player of the Year Award in 1994. Moreover, Greg also became the Pittsburgh Steelers Team MVP twice in 1991 and 1994.

Carnell Lake is another player who was a valuable asset to the team. He joined the Steelers in 1989 and appeared in five Pro Bowls. In addition, Carnell also received the Rookie of the Year Award and the Joe Greene Great Performance Award in 1989.

A Chance to watch the Steelers in Action!

Pittsburgh Steelers tickets are in high demand. So, if you don’t want to miss out on all the football action then get your tickets right here now.

The last thing you want to find out is when the Pittsburgh Steelers event you wanted to go to is sold-out. Don’t worry in many cases ScoreBig has affordable tickets to sold out events. We sell tickets from GA all the way to premium seating and parking. Skip the scalpers in the parking lot and get your tickets online from top Pittsburgh Steelers ticket brokers. We get you in all events, buy your Pittsburgh Steelers tickets here from a brand that many trust and rely on for all their ticketing needs.

ScoreBig offers a 100% money-back guarantee. If you have been in search of cheap tickets for Pittsburgh Steelers, ScoreBig by far is the best option. That’s why ScoreBig has more loyal customers than any other ticketing site. Shop at ScoreBig for safe and secure Pittsburgh Steelers event tickets.