Cheap New England Patriots Tickets 2022 | ScoreBig.com
ScoreBig is a resale marketplace. Ticket prices may be above face value.
Ashburn, VA, US
All Dates
X
Sorry, there are no events. 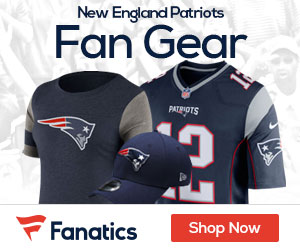 The New England Patriots are one of the most well-known and most successful teams in the National Football League’s (NFL) history. Currently the Patriots have won the Super Bowl 5x, all of those wins have come after the year 2000. The only teams that has them beat for wins are the Pittsburgh Steelers and Philadelphia Eagles. The Eagles beat the Pats in Super Bowl LII, giving the Eagles their first ever Super Bowl win.

The Super Bowl is annual competition where the champion of the National Football Conference (NFC) faces off against the American Football Conference (AFC) champion in a game for the Vince Lombardi trophy. The location of the Super Bowl is held in a stadium picked at random. Many times, it will not be the home or away team's stadium. The game takes place on a Sunday, these days it is practically an unofficial US holiday. The day after the Super Bowl in America has more people call out sick on that Monday than any other day of the year.

2001 - Super Bowl XXXVI took place on February 3, 2001. The season was rescheduled following the attacks on September 11th. This was also the time where multiple rules were changed. With the stricter enforcement against roughing the passer and taunting. Also, the fumble recoveries were awarded where a player on the offensive side originally recovered the ball, instead of where the player moved. In 2001, the Patriots ended as the American Football Conference (AFC) Champions and the St. Louis Rams were the champions for the National Football Conference (NFC). The game was held at the Louisiana Superdome in New Orleans. The Patriots ended up beating out the Rams, 20-17.

2003 - Playoffs kicked off on the 8th NFL season on January 3rd. The Patriots once again won the AFC Championship against the Indianapolis Colts. They went on to Super Bowl XXXVIIII to play against the NFC champs the Carolina Panthers. The game was played on February 1, 2004 at Reliant Stadium in Houston. The New England Patriots defeated the Panthers 32-29. One of the better known incidents of the Super Bowl that had nothing to do with the game was the Justin Timberlake and Janet Jackson halftime show, where there was a wardrobe malfunction that left Janet exposed.

2004 - The Patriots returned to the championship game once again, but this time as the defending Super Bowl champions. One of the few NFL teams to not only make it to the Super Bowl two years in a row but to win it two years in a row. One of the other teams that was able to accomplish this feat was the Denver Broncos.  The Pats had a record of 14-2 in the regular season. While they played well during the regular season and playoffs it was a battle for the league title. The Patriots were tied with the Philadelphia Eagles 14-14 at the end of the 3rd quarter. The game was a battle to the very end with the Patriots coming out on top, beating the Eagle 24-21.

2014 - The 95th season ended with the New England Patriots facing off against the Seattle Seahawks at the University of Phoenix Stadium in Glendale, Arizona. The game ended in a spectacle, with Malcolm Butler’s goal line interception against Russell Wilson’s pass to Lockette. The Patriots ended up beating the Seahawks 28-24. With half of their points coming in the final quarter.

2016 - On February 5, 2017 the Patriots took on the Atlanta Falcons in Orlando, Florida for the league title. The game has been deemed the greatest Super Bowl in history. It was the 5th Super Bowl win for Tom Brady making him the only quarterback in history to win 5 Super Bowls and nonetheless with the same team. The Pats also set the record for the biggest comeback in not only Super Bowl history but in the history of any NFL game. The Patriots came back from a 25 point deficit to win 34-28.

Get your New England Patriots tickets at ScoreBig and don’t miss a second of one of the top teams in the AFC east.

While the team’s history prior to 2000 is not as heavily referred to like other teams. As the era with quarterback Tom Brady and coach Bill Belichick is what draws in many fans and viewers to every game in the Patriots season.

The franchise began back in 1959 as the 8th team in the American Football League (AFL). The team’s name originated from Boston’s locals. Patriot comes from the name of the colonists that colonized the first settlements (13 Colonies) in the US and rebelled against Britain in the American Revolution.

Most of the team’s success come after 1978 which is post the AFL and NFL merger. Where the Patriots became part of the AFC division of which they have won many division titles. They have appeared in almost all of the playoffs since 2000. The team is owned by Robert Kraft who is the proprietor of the popular food item Kraft Mac and Cheese. He has been the owner of the team since 1994.

The team has undergone many criticisms in the past decade with ‘Spygate’, and ‘Deflategate’ being at the top of that list. Where there is controversial off the field actions that had an impact on their own and their opponent’s performance.

What’s in store for the Patriots?

The Patriots have their sights set on bringing another championship to Foxborough. With a roster led by talented veterans and hungry newcomers, the Patriots look poised to be, once again, on top of the AFC playoff picture. Division rivals, the New York Jets and the Miami Dolphins will look to spoil the Patriot's hopes. Grab your New England Patriots tickets and get over to Gillette Stadium to help lead your favorite team to more championship glory.

Located in Foxborough, Massachusetts, this 69,000 seat venue is the ideal destination for all Patriot fans. Fans can enjoy the historic entrance to Gillette Stadium that includes a lighthouse bridge modeled on Boston's Longfellow Bridge. Gillette is home to the New England Patriots Hall of Fame. The Hall features 30,000 square feet of modern museum exhibit space that takes you back through Patriots history using state of the art technology and interactivity.

ScoreBig offers a 100% money-back guarantee. If you have been in search of cheap tickets for New England Patriots, ScoreBig by far is the best option. That’s why ScoreBig has more loyal customers than any other ticketing site. Shop at ScoreBig for safe and secure New England Patriots event tickets.