Cheap Minnesota Twins Tickets 2022 | ScoreBig.com
ScoreBig is a resale marketplace. Ticket prices may be above face value.
Ashburn, VA, US
All Dates
X 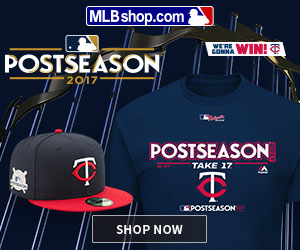 Although their last division title was in 2010, the Twins are competing for an AL Central Crown. The Twins are looking to beat out the Kansas City Royals and the Cleveland Indians to claim their throne on top of the division. The Twins clinched the second Wild Card spot last season making them the first team in MLB history to make the playoffs after losing 100 games in the previous season. Unfortunately, their playoff run ended abruptly after losing to the New York Yankees in the Wild Card Game. This year, the Twins boast a young core that will look to bring the team back into the championship picture. Grab your Minnesota Twins tickets and head to Target Field to be apart of your team's home field advantage.

Opened in 2010, Target Field offers outdoor baseball in Minnesota after 28 years of the Twins playing in the Metrodome. An open-air stadium with a capacity of 39,000, Target Field is a modern take on stadiums such as Camden Yards and AT&T Park. Located in downtown Minneapolis, getting to the game via public transportation is easy and the stadium is surrounded by bars and restaurants suited to any taste.

The last thing you want to find out is when the Minnesota Twins event you wanted to go to is sold-out. Don’t worry in many cases ScoreBig has affordable tickets to sold out events. We sell tickets from GA all the way to premium seating and parking. Skip the scalpers in the parking lot and get your tickets online from top Minnesota Twins ticket brokers. We get you in all events, buy your Minnesota Twins tickets here from a brand that many trust and rely on for all their ticketing needs.

ScoreBig offers a 100% money-back guarantee. If you have been in search of cheap tickets for Minnesota Twins, ScoreBig by far is the best option. That’s why ScoreBig has more loyal customers than any other ticketing site. Shop at ScoreBig for safe and secure Minnesota Twins event tickets.