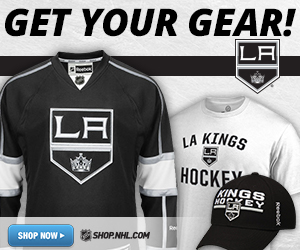 The Los Angeles Kings fourth place finish in the Pacific Division in 2017-18 was a far cry from their Stanley Cup win only a few years ago prior. Since their 2013-14 Championship win, it seems the Kings have been unable to get their footing right. In the 2014-15 season, the Kings failed to qualify after coming in fourth in their Division. The 2015-16 season was a little different where they qualified for the playoffs but lost to the San Jose Sharks in the first round (4-1). And then there was their abysmal showing in the 2016-17 season. This most recent season, the Kings did manage to make the playoffs as a Wild Card team, but got swept in the First Round by the Vegas Golden Knights.

The Kings are locked and loaded and have their sight set high for this upcoming season. Led by a high powered attack and a lock down defense, Los Angeles seems poised to reign atop of the Pacific Division and bring home another Stanley Cup trophy. Division rivals, the Anaheim Ducks and the San Jose Sharks will fight to keep the Kings down.

Grab your Los Angeles Kings tickets and head down to the Staples Center to be apart of your team's home ice advantage.

The Miracle on Manchester – On April 10, 1982, the Los Angeles Kings staged one of the biggest single game comebacks in NHL’s playoff history. Up against the mighty Edmonton Oilers who were led by, the Great One, Wayne Gretzky, the Kings were 5-0 going into the third period at the Forum. Jay Wells, Doug Smith, Charlie Simmer, Mark Hardy and Steve Bozak score one goal each and with five seconds left in regulation the Kings tied the score at 5-5 to take the game into overtime. At 2:35 in OT, Daryl Evans with an assist from Doug Smith scored to snatch a win for the Kings 6-5. The Kings went on to clinch the series as well by defeating the Oilers 3-2 and winning the Division Semi Finals.

Crowning the Kings – Before their crowning moment in 2012, the Los Angeles Kings had lost in the Conference Quarterfinals two years in a row. However, the 2011-12 season turned out to be a little different. The Kings came third in the Pacific Division, and breezed through the Conference Quarterfinals, Semifinals and finals by losing only two games. By the time they reached the Stanley Cup Finals against the New Jersey Devils, the Kings were high on confidence. On June 11, 2012, the Kings defeated the Devils 6-1 at the Staples Center to win the series 4-2 and lifted their very first Stanley Cup.

The Freeway Faceoff – The rivalry between the Los Angeles Kings and the Anaheim Ducks takes its name from the freeway system in the greater Los Angeles metropolitan area where both teams are located. The two Los Angeles teams have met a 139 times with the Ducks having a slight advantage 66-62-11. On the other hand, the Kings defeated the Ducks the only time they met in the playoffs in the 2013-14 season on their way to their second Stanley Cup. The Freeway Rivalry comes naturally for the both the Kings and the Ducks as they represent the same city. The face offs between these two teams are always ultra competitive and occasionally violent.

Kings vs. Sharks – San Jose Sharks and the Los Angeles Kings rivalry stems from their playoff face offs. The two teams have met in the playoffs on 25 occasions out of which the Sharks have won 14 and lost 11. The Kings met the Sharks in the Conference Quarterfinals for the first time in the 2010-11 season. Even though the Sharks won the series 4-2, the Kings came back in the 2012-13 season Conference Semifinals winning 4-3. The Kings again defeated the Sharks in the 2013-14 playoff’s first round 4-3 on their way to a second Stanley Cup. The last time the two teams met in the playoffs was in 2015-16 season where the Kings lost in the first round 4-1.

The Greatest of the Los Angeles Kings

The list for the greatest Los Angeles Kings players starts with Marcel Dionne. This 5ft 8in center played twelve seasons with the Kings. In 921 games, Dionne scored 550 and amassed 1,307 points. Key member of the Triple Crown Line, Dionne routinely scored forty plus goals and hundred plus points in a season during his time with the Kings. Inducted into the Hockey Hall of Fame in 1992, Dionne was name in the 100 Greatest NHL Players list.

Left Winger Luc Robitaille leads the Kings in team goals with 557. He is second in points with 1,154. Called the garbage goal opportunist extraordinaire, when Robitallie retired, he was the highest goal scoring left winger in NHL’s history. In addition to holding several franchise records, Robitaille was also named in the 100 Greatest NHL Players list.

And last but not by any measure least, Wayne Gretzky spent eight years with the Kings from 1988 till 1996. During his time, the Great One racked 918 points in 539 games. It was in Los Angeles where Gretzky reached an important professional milestone when he surpassed his idol Gordie Howie’s goal scoring record.

The Kings at the Staples Center

At the heart of revitalized downtown Los Angeles, Staples Center is part of the Vegas-like LA Live complex which also boasts top concert venue Nokia Center and the LA Convention Center. With the ESPN LA studios, hotels and some of the best restaurants, bars and clubs in the city, there’s all kind of fun to be had before and after the game. Once you get inside Staples, you’re in one of the great sports arenas on the planet. With all the championship banners and the passionate fan base, Staples is as good as it gets. While Southern California fans often get grief for showing up late, few cities support their beloved teams like Los Angeles. The Kings share Staples with the Lakers, Clippers and the biggest bands and shows in town

The last thing you want to find out is when the Los Angeles Kings event you wanted to go to is sold-out. Don’t worry in many cases ScoreBig has affordable tickets to sold out events. We sell tickets from GA all the way to premium seating and parking. Skip the scalpers in the parking lot and get your tickets online from top Los Angeles Kings ticket brokers. We get you in all events, buy your Los Angeles Kings tickets here from a brand that many trust and rely on for all their ticketing needs.

ScoreBig offers a 100% money-back guarantee. If you have been in search of cheap tickets for Los Angeles Kings, ScoreBig by far is the best option. That’s why ScoreBig has more loyal customers than any other ticketing site. Shop at ScoreBig for safe and secure Los Angeles Kings event tickets.