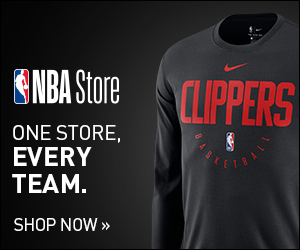 The Clippers have their sights set high for this upcoming season. Led by a star-studded roster, Los Angeles will look to reign atop of the Pacific Division and bring home a NBA title. Division rivals, Los Angeles Lakers and the Golden State Warriors will battle to prevent the Clipper's aspiration. Lob City is a must see show for any basketball fan in Los Angeles. Grab your LA Clippers tickets and head down to Staples Center to be a part of your team's championship hunt.

The Clippers have been quite consistent recently when it comes to making it to the playoffs. They have made it past the regular season in each of the last six seasons, except for this most recent season. The Clippers finished with a 42-40 record for the regular 2017-18 season. This placed them second in the Pacific Division but tenth place in the Western Conference, unfortunately not qualifying for the playoffs. But the Clippers are back for the upcoming season ready to make some noise in the post season.

The Los Angeles Clippers have delivered plenty of memorable moments over the years and here are two of those.

The Inaugural Playoffs Series Triumph - It was on May 1, 2006 that the Los Angeles Clippers made it to the second round of the postseason for the first time since their move to LA. That day at the Staples Center, the Clippers turned it on and trounced the Nuggets 101-83 to clinch the series, 4-1. They came up short against the Suns in the next round, but the 2006 campaign still remains one of the most memorable ones for everyone associated with the Clippers.

Back to Back Division Titles - The Los Angeles Clippers went 40-26 in the 2011-2012 season, a record that was good enough to put them in the second spot in the division standings at the end of the season. The Clippers had been improving steadily by that point, but they were still waiting for a title.

That all changed in the 2012-2013 season. The Clippers went 56-26 to get their hands on their first division championship. If that was not enough, they went on to repeat the trick next season too with a 57-25 record. Those successive division title wins put the Clippers on the map as a team to be respected.

They first met as cross-town rivals on November 24, 1984 at the Los Angeles Memorial Sports Arena. The Lakers won the game 108-103. Since the Clippers move to the city, these two sides have squared-off on 146 occasions. The Lakers lead the head-to-head series, 99-47.

Clippers-Warriors Rivalry- The rivalry between the Los Angeles Clippers and the Golden State Warriors is a more recent one. For a long time, these two sides were struggling and no one really gave them too much thought. Then something happened and both the Clippers and the Warriors began to improve at more or less at the same time. In fact, the Clippers looked to be the better of the two teams and then in the 2013-2014 season they met in the First Round of the playoffs. The Clippers came out on top, 4-3, in what was an unforgettable series.

The Warriors however ended up having the last laugh as they won the NBA Championship twice in the next three seasons, while the Clippers have not made it past the Conference Semifinals. This has been a tough pill to swallow for the team from LA.

The Staples Center is the home of the Los Angeles Clippers and one of the most famous venues in the country. It plays host to over two hundred and fifty events annually and close to an incredible four million people visit it each year. It has also been the venue for seven NBA Finals and two Stanley Cup Finals. It has also hosted two NBA All-Star Games and NHL All-Star Games, each. The Staples Center has also been the venue for major UFC and WWE pay-per-view events.

That is not all as some of the biggest names from the music industry have also performed there. Linkin Park, Lady Gaga, Usher, Rihanna, Taylor Swift, Keith Urban, Chris Brown, Van Halen, Lady Antebellum, Jennifer Lopez, Aerosmith, The Rolling Stones, Beyoncé and Roger Waters among other superstars have stepped on to the stage at the Staples Center to perform for their fans.

Playing their home games at the beautiful downtown Staples Center, which they share with the Lakers and Kings, the Clippers will look to hang their own championship banners in the arena. Clippers game tickets will also grant you access to, "Lob City," one of the best shows in town.

Chris Paul is one of the best players to have ever laced up a pair of basketball boots for the Los Angeles Clippers. He was part of the team between 2011 and 2017 and during that time, Paul became a nine-time NBA All-Star and an NBA All-Star Game MVP. He also made it to four All-NBA First Team squads and was declared the NBA assists leader on four occasions.

The NBA schedule is out and the Clippers look all set and ready to make a mark during the latest campaign. Hopes are high among fans and that is why Los Angeles Clippers tickets are in high demand. If you want to join them, then this is your chance to do that.

ScoreBig offers a 100% money-back guarantee. If you have been in search of cheap tickets for Los Angeles Clippers, ScoreBig by far is the best option. That’s why ScoreBig has more loyal customers than any other ticketing site. Shop at ScoreBig for safe and secure Los Angeles Clippers event tickets.