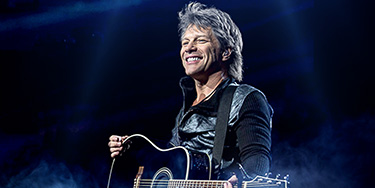 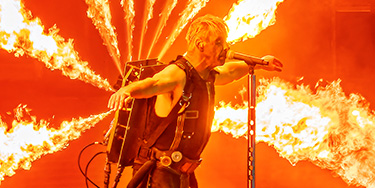 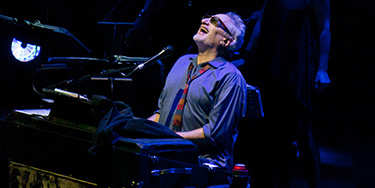 With the New Year here, there are plenty of reasons to celebrate. And what better way to celebrate than with your favorite music?

Pick your jam and get ready to rock out! At a live show, there is no shortage of energy. The entire arena or amphitheater is packed with fans just like you, who have gone out of their way to experience a performer they care about. Expect fans dancing, screaming and singing along. When you get your concert tickets from ScoreBig, you know you got one of the best deals in the crowd. That’s just one more reason to sings, scream and dance your heart out. With the concert ticket deal you found on ScoreBig, you earned it.

No matter what genre you are interested in, ScoreBig is bound to have something in store for you. So get your Concert tickets for cheap here to see all of your favorite artists live. Let’s take a look at some of the most popular artists you can catch live in concert in the upcoming months.

Taylor Swift: Multiple Grammy Award winner, Taylor Swift is all set to embark on her latest tour – Reputation Tour in the summer of 2018. Initially making a splash in the music industry with her soft and sweet songs such as “Love Story” and “You Belong With Me”, Swift played a major role in popularizing the genre of country pop. Her recent music, with albums such as the Grammy-winning 1989 and Reputation, has a stronger more intense feel, giving Swift a completely new avatar.

Taylor Swift will be performing at the AT&T Stadium in Arlington, TX, on 6th October, 2018.

Ed Sheeran: Known for his hit songs such as “Thinking Out Loud”, “Photograph” and “Shape of You”, Ed Sheeran is a Grammy-winning singer and songwriter. Initially getting attention for his online performances, Sheeran soon shot to fame, without even having a record label. He began writing songs for big artists such as One Direction and Taylor Swift and even supported Swift on her 2013 arena tour.

Pink: Pop and R&B singer, Pink is best known for her edgy persona and music. She started out as part of an all girl group called Choice but soon embarked on her solo career after the group members parted ways. Her songs such as “You Make Me Sick” and “There You Go” were some of her earlier hits, followed by “Lady Marmalade” and “Just Give Me a Reason”.

Bruno Mars: Frequently compared to the King of Pop, Michael Jackson, Bruno Mars is one of the most successful pop artists of the contemporary music world. With hits such as “Nothin’ on You”, “Just the Way You Are”, “Uptown Funk” and “Locked Out of Heaven”, Mars has been wildly successful as a recording artist. Mars is also behind super hit songs by other artists, such as “Right Round” by Flo-Rida and “Billionaire” by Travie McCoy.

Bruno Mars will be performing with Cardi B at the Pepsi Center in Denver, CO, on 7th September, 2018.

Katy Perry: The superstar behind pop hits like “I Kissed a Girl”, “Firework”, “Chained to the Rhythm”, “Roar” and “Teenage Dream”, Katy Perry, is one of the biggest stars in the music industry today. Her over-the top fashion sense, along with her catchy lyrics and quirky stage props, have made her one of the most followed persons on social media, with a huge fan following.

Katy Perry will be performing at the Mercedes-Benz Arena in Berlin on 6th June, 2018.

Lady Gaga: Widely known for her unconventional and provocative work, along with her experimentation with new images, Lady Gaga is an iconic musician. Her debut album, The Fame, helped her climb to the top of the charts with hit songs such as “Just Dance” and “Poker Face”. Her second album, The Fame Monster, was a massive hit, earning her six Grammy nominations.

Shakira: Hitting the top of international and national music charts with her single “Whenever, Wherever”, Shakira brought a unique blend of pop, Latin and Arabic music to the industry. Soon, with hits like “Hips Don’t Lie” and “Waka Waka”, Shakira managed to become the highest-selling Colombian artist of all time, with nearly 70 million in record sales all across the world.

Shakira will be performing at Madison Square Garden in New York City on 10th August, 2018.

Lionel Ritchie: Starting off with the group, Commodores and achieving fame, Lionel Ritchie was hugely successful as a solo artist as well. The American singer is known for his super hit song “Truly”, a ballad that won him a Grammy Award. Other successful songs by Ritchie include the wildly successful “Hello” and “Dancing on the Ceiling”. He also collaborated with Michael Jackson on the African famine relief song “We Are the World”.

Lionel Ritchie will be performing at the Zappos Theater at Planet Hollywood in Las Vegas, on 5th October, 2018.

Cheap concert tickets for these upcoming shows might be available soon. Keep yourself updated regarding the latest news on your favorite artists, to ensure you don’t miss out on anything.