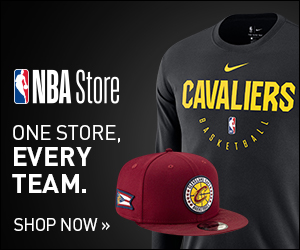 The Cleveland Cavaliers, also known as the Cavs, were founded in 1970 as an expansion team. Since then, the Cavs have gone on to win one NBA Championship, seven Division titles and five Conference titles. They are one of the two teams in NBA history to have played in four consecutive NBA finals.

The Cavs won their last NBA Championship in 2016 and have been in the 2017 and 2018 NBA Finals. This most recent season they were swept by the Golden State Warriors. The Cavaliers, even with the best player in the league, could not match up with the super team. After losing the series 4-0, Lebron James knew his time with the Cavs had come to an end. James recently announced he would be leaving the Cavs for the Los Angeles Lakers.

The Cavaliers are back and have their sights set high for this upcoming season. Cleveland is ready to take on the Eastern Conference, the NBA, and bring home an NBA championship. One look at the Cleveland Cavaliers schedule and you know this season will be full of intense competition. Division rivals the Chicago Bulls and the Indiana Pacers will look to halt the Cavaliers in the tracks.

Get your Cavs tickets and head on down to Quicken Loans Arena and help bring home an NBA championship.

The Cleveland Cavaliers boast Hall of Famers Walt Frazier, Shaquille O’Neil, Nate Thurmond and Lenny Wilkens. With such talent on its roster, the team has gone on to write some of the most memorable plays in NBA history.

Games 6 & 7 of the Eastern Conference Finals Down two games to none in the 2007 NBA playoffs, the Cavaliers were once again staring at defeat. Things however rebounded in Games 3 and 4 and the series was tied at 4-4 when both the Cavs and the Pistons entered Game 6.

Game 6 would be remembered as LeBron James’ game. Played on May 31, 2007, at The Palace of Auburn Hills, the spectators saw a virtually unstoppable James score 48 points in a thrilling double overtime victory. The Cavs then played their last game of the Conference Finals on June 2, 2007, at the Quicken Loans Arena, and won the game and the Conference Championship by defeating the Pistons 98-82.

Cavs put a damper on Larry Bird’s Last Game It was 1992 NBA playoffs and the Cavs were facing the Celtics of Larry Bird, Robert Parish and Kevin McHale in the Eastern Conference Semifinals. Not to be outdone, the Cavs were playing with their own set of super stars that were Larry Nance, Mark Price and Brad Daugherty. It took both teams all seven games to get a result for the Conference Semifinals.

Cavs-Bulls Rivalry Both the Cavaliers and the Bulls compete in the Eastern Conference Central Division of the NBA. While this rivalry began in 1970, it didn’t pick up till 1984 when Michael Jordan was drafted by the Bulls. The rivalry died with the departure of MJ, but picked up again with the arrival of LeBron James.

Cavs-Warriors Rivalry – This rivalry, too, developed over a period of time and reached its pinnacle during the 2014-15 season. From 2014-15 to 2017-18 seasons, the Cavs and the Warriors met four consecutive times in the NBA finals, becoming the only two teams in NBA history to do so. Out of these contests, the Warriors have won three series and the Cavs have won one.

The Greatest Cavs Ever

Since 1970, many great players have donned the wine and gold (and sometimes blue and orange) during their time with the Cavs.

LeBron James – James is undoubtedly the best Cavalier ever. He holds many franchise records, including total points, scoring average, field goals made and steals. He is also the first Cavalier to be named MVP back to back in 2008-09 and 2009-10.

Mark Price – Price was the best free-throw shooter in NBA history. He led the Cavs to the playoffs seven times and was a four-time All-Star.

Brad Daugherty – He spent all of his professional basketball with the Cavaliers. Standing at 7-foot, Daugherty is the team's all-time leader in defensive rebounds and is second in total points.

In the heart of downtown Cleveland, right next to Progressive Field (home of the Cleveland Indians, the Cavaliers play their home games at Quicken Loans Arena in front a raucous home crowd. Fans can take advantage of the arena's new gourmet food selection that features selections from Food Network star Michael Symon.

Hard core fans already have their Cleveland Cavaliers tickets for all the best upcoming match-ups, what are you waiting for?

The last thing you want to find out is when the Cleveland Cavaliers event you wanted to go to is sold-out. Don’t worry in many cases ScoreBig has affordable tickets to sold out events. We sell tickets from GA all the way to premium seating and parking. Skip the scalpers in the parking lot and get your tickets online from top Cleveland Cavaliers ticket brokers. We get you in all events, buy your Cleveland Cavaliers tickets here from a brand that many trust and rely on for all their ticketing needs.

ScoreBig offers a 100% money-back guarantee. If you have been in search of cheap tickets for Cleveland Cavaliers, ScoreBig by far is the best option. That’s why ScoreBig has more loyal customers than any other ticketing site. Shop at ScoreBig for safe and secure Cleveland Cavaliers event tickets.