Classical Tickets | Classical 2020 | ScoreBig.com
ScoreBig is a resale marketplace. Ticket prices may be above face value.
Ashburn, VA, US
All Dates
X 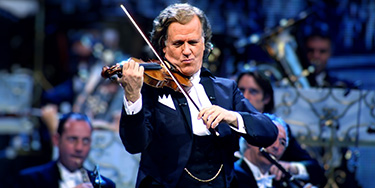 Classical music is more familiar than you might imagine at first. This music for the soul is indeed all around us, be it restaurants, elevators, supermarkets or in advertisements. It has been widely used in many movies over the years – Swan Lake by Tchaikovsky in Black Swan, Symphony No. 9 ‘Ode to Joy’ by Beethoven in A Clockwork Orange and La traviata by Verdi in Pretty Woman and many others.

If you have favorite composers instead of favorite bands, then it’s high time you get classical music tickets and go to the symphony. When you go to see your local philharmonic, you can experience the joys of hearing a full orchestra perform live the masterpieces of Bach, Beethoven, Mozart, Chopin, Haydn, Shubert and more. While most people associate symphony orchestras with the black tie and caviar set, classical music concert tickets are both accessible and affordable for all. On ScoreBig, you can Make an Offer to save up to 60% on these experiences with no hidden convenience fees or shipping charges.

Rooted in the traditions of western music, classical music has both religious and secular elements. Classical music can broadly be divided into Renaissance, Baroque, Classical, Romantic and Modern periods. Classical music initially developed in the 1750 to 1820 period. During the Baroque period, cello, recorder, trombone, contrabass, fortepiano, organ and timpani were principally used. Some instruments from this era eventually fell out of use, though most developed into modern forms that are still in use today.

The Best of Classical Music

Even though defining the boundaries of classical music is hard, there are some pieces that are truly legendary and have helped redefine the genre over and over again. Let’s take a look at some of these pieces:

This 1787 composition by the legendary Mozart is one of the finest examples of the peak of classical music. The German title for the composition translated to “a little serenade” or “a little night music”. Eine kleine Nachtmusik is written for an ensemble consisting of two violins, viola and cello along with a double bass, which is optional. The work was published in 1827, long after the death of Mozart. Today, the serenade is performed widely and is considered to be the most popular work of Mozart.

The Magic Flute is an opera in two acts, in the form of a Singspiel (a form that includes both singing and spoken elements). The work was initially revealed in 1791 in Vienna, just two months before Mozart died. The opera follows a truly royal story with the Queen of the Night persuading the Prince Tamino to rescue her daughter Pamina from captivity.

Composed by the iconic Ludwig van Beethoven, the Symphony No. 7 is dedicated to Count Moritz von Fries. A symphony in four movements, Symphony No. 7 is widely considered as one of Beethoven’s finest works. The performance time for this symphony lasts 40 minutes approximately with the use of multiple rhythmic devices. The second movement, Allegretto became the most popular movement and is frequently performed separately.

Part of a set of three solo piano works by Franz Liszt, Liebestraum No. 3 is one of the most popular classical music compositions. It can be seen as split into three sections, each separated by a fast cadenza which makes use of tiring finger work and a very high level of technical abilities. The entire piece uses the same melody, varied each time near the middle of the word, right to the point where the climax is approached. Liebestraum No. 3 is also played in a scene from All About Eve, a 1950 American drama film.

A piano sonata by Mozart in three movements, this musical composition was composed in Vienna or Salzburg around 1738. It was first published by Artaria in 1748, along with Nos. 10 and 12. With this composition, Mozart moved away from the tradition of starting a sonata with an allegro movement in sonata form. The theme is siciliana, with two 8 measure sections, each repeated. This same structure is shared by each variation. The third (and the last) movement of this composition is known as the “Turkish March” and is often listened to on its own. It is classified as one of the best known piano pieces of Mozart. The sound of this movement imitates the sound of Turkish Janissary bands.

The Legends of Classical Music

Frederic Chopin: Born in 1810, Chopin is one of the most well-known names in the world of classical music, relating to the Romantic era. He was a composer and virtuoso pianist who wrote mainly for the solo piano. After settling in Paris at the age of 21, he spent 18 years making wonderful music, only giving a handful of public performances. He was also friends with Franz Liszt and was admired by many.

Wolfgang Amadeus Mozart: Born in January 1756, Mozart was perhaps the most iconic and influential composer of the Classical era. He began to show signs of his talents from the young age of 5 and by the age of 17, he was engaged as a musician at the court in Salzburg. After moving to Vienna, he composed some of his most famous works, including operas, concertos and symphonies. He has composed more than 600 works, now widely recognized as the pioneers of operatic, chamber, concertante, symphonic and choral music. Ludwig van Beethoven also composed some of his early works while the world was mesmerized by Mozart.

Ludwig van Beethoven: Beethoven was an important figure in the transition between Classical and Romantic eras in Western art music. To date, he remains one of the most iconic and influential composers of all time. He is best known for his compositions that include 5 piano concertos, 9 symphonies, 1 violin concerto, 32 piano sonatas and 12 string quartets.

Antonio Lucio Vivaldi: The Italian Baroque composer was an influential figure with fame spreading across Europe. He is credited with having composed many instrumental concertos for a variety of instruments including the violin. His best known work is the famous violin concertos known as The Four Seasons.

Johann Sebastian Bach: This German composer and musician from the Baroque period is known for his musical compositions such as the Goldberg Variations and Brandenburg Concertos. The entire Bach family is widely regarded in the classical music realm because they have several gifted composers among them. Bach made efforts to enrich the existing German styles using his mastery of harmonic, counterpoint and motivic organization.

For fans of this age old genre, the good news is that several classical music artists of the modern era will be performing in the upcoming year. 2 Cellos, Andrea Bocelli, Atlanta Symphony Orchestra: Jurassic Park film live orchestra, San Antonio Symphony: “Jaws in Concert”, The Piano Guys, Glenn Miller Orchestra, Dave Bennett, Detroit Symphony Orchestra, Harry Potter and the Philosopher’s Stone in Concert and many more are all set to entertain audiences across the US. If you want to catch these live events, you need to get your hands on these classic music tickets.