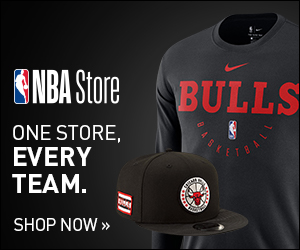 Founded in 1966, the Chicago Bulls are member of the Eastern Conference Central Division in the NBA. Over the years, the Bulls have won six Championships, six Conference titles and nine Division titles. All-Star Jimmy Butler was traded to the Minnesota Timberwolves for Kris Dunn and Zach LaVine making it the first season since 2011 the Bulls would play without Jimmy Butler. Significant players to leave the team prior to the 2017-18 season were Rajon Rondo, Dwayne Wade, and Michael Carter-Wiliiams.

The Bulls finished the 2017-18 season with a 27-55 record, which put them in 13th place in the Eastern Conference. It was their first losing season since 2008 and their first 50-loss season since 2004. Get your Chicago Bulls tickets if you want to see how they perform in the upcoming season.

The Bulls are back and have their sights set on bringing home another NBA Championship. Led by a gritty and high octane core led by Head Coach Fred Hoilberg, the Bulls look determined to compete for another Eastern Conference crown. Chicago will have to overcome division rivals the Cleveland Cavaliers and the Milwaukee Bucks on their pursuit for basketball glory.

Get your Chicago Bulls and head down to the United Center to be a part of your team's home court advantage.

Standout Moments for the Chicago Bulls

The Chicago Bulls have had many standout moments throughout their history. Most of these involve their star player, Michael Jordan.

The Last Shot - In the Game 6 of the 1998 Finals, on June 14, 1998, time was running out and Chicago was down by 1. This game, at the Delta Center in Salt Lake City, Utah, is certainly etched in the memory of every Bulls’ fan. With only 5.2 seconds remaining on the clock, Michael Jordan, put the Bulls up 87-86 – literally the last shot for the Chicago Bulls to steal the game. This game against the Utah Jazz was broadcast on NBC and had the highest rating and number of viewers for any game in the history of the NBA. With 35.9 million fans tuning in to watch it on television and 72 million people in the US who watched at least part of the game, it was truly no ordinary game.

The Flu Game - Game 5 of the 1997 Finals that took place on June 11 had basketball fans everywhere in awe. Night before the game, at 2 AM on Tuesday morning, Jordan called his personal trainer into his hotel room, with practically no strength to even sit up. He was diagnosed with a stomach virus, probably as a result of pizza he had the night before. He was told by Bulls’ trainers that there was no way he could play the next day’s game. But the legend knew that his team needed him at the United Center in Chicago. They needed to beat Utah Jazz in this game to take the series lead. He managed to score 38 points, including a go-ahead 3-pointer with just 25 seconds to go. As the game came to an end, the exhausted star collapsed into the arms of Scottie Pippen and a legend was born.

Rivalries of the Chicago Bulls

Being a high powered team full of talented players, the Chicago Bulls certainly had its fair share of rivals. The Cleveland Cavaliers and the Detroit Pistons are two of their biggest ones.

Bulls vs. Cavaliers Rivalry - This rivalry began when the Bulls drafted Michael Jordan in 1984 and eventually died with his retirement. But it reheated again in 2003 as the Cavaliers signed LeBron James and the Bulls picked Derrick Rose in 2008. In the 241 times that these two teams have met, Chicago has the lead in both, the All time series, with a record of 142-99 and the regular season series, with a record of 122-85. The Bulls also lead in the postseason results with 20-14.

Bulls vs. Pistons Rivalry - This rivalry began back in the 1980s and was considered to be among the most intense rivalries in the NBA for a couple of years. It was fuelled by Michael Jordan becoming one of the league’s best players and the Pistons becoming serious contenders for the playoffs. In the 289 total meetings between these two teams, the Bulls lead in the regular season series with a record of 128-126. The rivalry has, however, toned down over the years, but was reignited as the Bulls signed Ben Wallace in 2006.

Greatest Players of the Chicago Bulls

Michael Jordan was without a doubt the greatest player to ever wear the Bulls’ jersey. He was the most dynamic player basketball had ever seen and his countless circus shots and game winners proved that. He is still the Bulls’ all time leader in points, assists, steals and rebounds. Add to that his five MVP awards, 14 All-Star selections and six Finals MVPs, Michael Jordan was truly a legend in every sense of the word.

Another big name for the Bulls has been Scottie Pippen. With seven All-Star games, eight All-Defensive First Team selections and six NBA championships, Pippen is not far behind Jordan.

Then we have the legend Jerry Sloan, who played for the Bulls between 1966 and 1976. He was a two-time All-Star and led his team to eight straight playoff appearances.

The Chicago Bulls’ home arena, the United Center, is a must visit for all fans of basketball. It is located in the Near West Side neighborhood of Chicago, Illinois. A Chicago Bulls ticket gets you into one of sport’s most historic venues. Fans can enjoy the iconic statues of Chicago greats as Michael Jordan and Scottie Pippen as well as Bobby Hull and Stan Mikita. In the United Center, you can feel the home-court advantage with acoustics of the venue resembling the infamous “ The Roar” that made the old Chicago Stadium famous. A Bulls ticket not only brings up close to all the action but will also bring you back to the “Madhouse on Madison.”

Get your Chicago Bulls tickets to get a taste of this arena as your favorite team faces off against some of its toughest rivals here!

The last thing you want to find out is when the Chicago Bulls event you wanted to go to is sold-out. Don’t worry in many cases ScoreBig has affordable tickets to sold out events. We sell tickets from GA all the way to premium seating and parking. Skip the scalpers in the parking lot and get your tickets online from top Chicago Bulls ticket brokers. We get you in all events, buy your Chicago Bulls tickets here from a brand that many trust and rely on for all their ticketing needs.

ScoreBig offers a 100% money-back guarantee. If you have been in search of cheap tickets for Chicago Bulls, ScoreBig by far is the best option. That’s why ScoreBig has more loyal customers than any other ticketing site. Shop at ScoreBig for safe and secure Chicago Bulls event tickets.