Charlotte Hornets Tickets | Charlotte Hornets 2019 | ScoreBig.com
ScoreBig is a resale marketplace. Ticket prices may be above face value.
Ashburn, VA, US
All Dates
X
Sorry, there are no events. 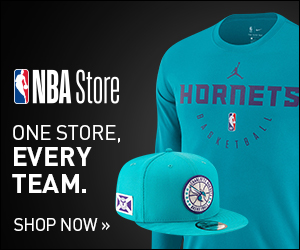 Established in 1988 as an expansion team, the Charlotte Hornets compete in the National Basketball Association (NBA) as part of the Eastern Conference Southeast Division. The team is majorly owned by the legendary Michael Jordan, who gained the controlling interest in 2010. Over the years, the team has seen many name changes, from the New Orleans Hornets to the Charlotte Bobcats, the New Orleans Pelicans and then ultimately the Charlotte Hornets for the 2014-15 NBA season. In the last season, the team placed 3rd in the Southeast Division and 10th in the Eastern Conference. Subsequently they did not qualify for the playoffs.

But now, under GM Rich Cho and the head coach Steve Clifford, the Hornets are back and have their sights set on making noise in the Eastern Conference playoff picture. With a roster filled with hungry veterans and talented young stars, Charlotte looks to reign atop the Southeast Division and bring home an NBA title. Division rivals, Washington Wizards and the Atlanta Hawks will fight to halt the Hornets aspirations. Get your Charlotte Hornets tickets and head down to the Time Warner Cable Arena to lead your favorite team to a championship.

Even though the Charlotte-based team has not been around for long, they have had their share of memorable moments over the years.

The Boston Celtics Upset: It was David vs. Goliath matchup. Despite Celtics being the most successful team in the NBA, Charlotte managed to pull off an upset in the first round of the playoffs. Game 2 was the biggest win for the Hornets, as they defeated Boston 99-98 in double overtime. Happening at the famed TD Garden in the 1993 playoffs, the game was one that Hornets fans will remember for a long time to come!

Michael Jordan at the Helm: One of the greatest moments for the Charlotte Hornets happened off the field. With Michael Jordan at the helm, it was announced on 21st May, 2013, that the Hornets would be returning to the NBA. The new ownership renamed the team, the “Hornets”. The new name and a brand new logo for the Charlotte side were revealed in 2014. For a team that was lacking a signature moment, the change from Bobcats to the Hornets created the right amount of buzz and generated a significant interest in the team’s performance.

Despite being one of the youngest teams in the league, the Hornets have managed to stir up quite a rivalry against the following teams:

Orlando Magic: Being the first and the only team the Bobcats (the previous name of the Charlotte Hornets), have played in the playoffs, there is a certain level of enmity between these two teams. In 2010, the two teams faced each other in the first round of the playoffs. The Magic sailed through the game towards an easy victory. However, the series still remains etched in the memories of the Hornets’ fans, simply because it was the only time their team made it to the playoffs.

Washington Wizards: Even though this rivalry hasn’t quite formed yet, it could be brewing to become a major one in the near future. The two southeast division teams could be headed for rivalry based on how they improve their roster. There is no denying that the Wizards have one of the best rosters in the division. But the Hornets are not far behind and they are catching up fast. Both the teams have a point guard as their best player – Kemba Walker and John Wall are both among the Top-10 point guards in the NBA. In addition to that, both the teams have their core locked up for the next few years. For the Charlotte side, Nicolas Batum, Kemba Walker and Malik Monk are staying with the team for two or more years. Same is the case with the Wizards players Bradley Beal and John Wall. Add to that the lack of competitors in the division altogether, the perfect recipe for a future rivalry is created!

Gerald Wallace was without doubt one of the finest players that the Hornets had ever seen. Being with the franchise from its beginning, Wallace was a part of the team that went through to the first-ever playoff appearance for the Charlotte side. He averaged 18.2 points per game during that season. He played a total of seven seasons with the team and topped the list for games, points, steals and free throws.

Other than Wallace, Raymond Felton is also classified among thegreat players for the team. He stayed with the team for five seasons and was without doubt, the best guard. He led the team records in terms of assists and came in second in terms of free throws, points and games.

Emeka Okafor has been widely acknowledged as Charlotte’s best-ever big man. He managed to quickly establish himself as an NBA big. In his five seasons with the team, he did not get the chance to see the playoffs but he ranks first in terms of blocks and 2nd in the player efficiency ratings.

Other great players include the likes of Kemba Walker, Boris Diaw, Gerald Henderson and many others.

The Hornets couldn’t qualify for the playoffs during the 2017-18 season. However, with a strong roster consisting of Kemba Walker, Nicolas Batum, Michael Carter-Williams, and Dwight Howard this might all change in the next season. Therefore, you have got to get your hands on these Charlotte Hornets tickets to get in on the action. With the season starting in early October, there isn’t much time left to get the best seats. So hurry up!

At the Spectrum Center, which is located in the heart of Charlotte's hopping uptown district, there' all kinds of fun to be had before and after a Hornet game. Once inside Spectrum Center, you're in for a game-day treat. Opened in 2005 and featuring one of the biggest big screens you will ever see, you'll get all the action you can handle watching the Hornets take on the competition.

The last thing you want to find out is when the Charlotte Hornets event you wanted to go to is sold-out. Don’t worry in many cases ScoreBig has affordable tickets to sold out events. We sell tickets from GA all the way to premium seating and parking. Skip the scalpers in the parking lot and get your tickets online from top Charlotte Hornets ticket brokers. We get you in all events, buy your Charlotte Hornets tickets here from a brand that many trust and rely on for all their ticketing needs.

ScoreBig offers a 100% money-back guarantee. If you have been in search of cheap tickets for Charlotte Hornets, ScoreBig by far is the best option. That’s why ScoreBig has more loyal customers than any other ticketing site. Shop at ScoreBig for safe and secure Charlotte Hornets event tickets.