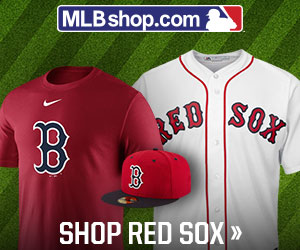 Founded in 1901 as one of the American League’s original eight charter franchise, the Boston Red Sox is a member club of the American League East Division. To date, the Red Sox has won eight World Series Championships. In their most recent efforts, the Red Sox managed a record of 93-69 in 2017 along with several nods. These included six American League All-Stars, AL Cy Young Award winner Rick Porcello and the runner-up for the Most Valuable Player Award, Mookie Betts. Riding on this wave of success, the Red Sox are already performing quite well in the latest season. The upcoming games of the season promise to be even more intense.

Grab your Boston Red Sox tickets to enjoy this team’s journey through the MLB season.

Boston is on the hunt to add another World Series Trophy to their impressive start to the 2000's, which includes rings in 2004, 2007, and 2013. With Red Sox tickets in high demand, Boston will look to keep their recent success going by bringing home another championship. The New York Yankeess and the Tampa Bay Rays will fight to stand in the way of their pursuit. Keep up with the Red Sox schedule to plan your next trip to Fenway Park to be a part of your team's championship run.

Game 8 of 1912 - It was the first year of play at the Red Sox Home ground, Fenway Park. The game played on October 16, 1912, against the New York Giants and Hall of Famer Christy Mathewson was one Red Sox fans would remember. Hugh Bedient and Smoky Joe Wood held their ground against Mathewson, forcing the game to a 1-1 tie. During the top of the tenth, Larry Gardner hit a walk-off sac fly and the Red Sox won, not only the game, but also the World Series.

The Statement Game - Back in 2004, a game played at Fenway Park on July 24 between the Boston Red Sox and rivals New York Yankees, changed the narrative of this historic rivalry. Up till that point in the season, the Yankees were cruising through the series and had an eight and a half game lead over the Red Sox. They had beaten the Red Sox by 8-7, the night before. In the top of the third, Bronson Arroyo plunked Alex Rodriguez followed by the two players exchanging heated words. Before anyone could stop it, a full-scale brawl ensued. Even though both Rodriguez and Varitek were ejected, the Yankees and the Red Sox continued to throw figurative punches at each other throughout the evening. The intense game finally ended with an 11-10 victory for the Red Sox following Bill Mueller’s two-run walk off homer.

Rivalries of the Boston Red Sox

The major rivalries of the Red Sox are against the New York Yankees and the Tampa Bay Rays.

Boston Red Sox vs. New York Yankees - The two teams have competed in the MLB’s American League for more than a 100 seasons. The Red Sox-Yankees rivalry is considered one of the fiercest of all time. In 1919, Red Sox owner sold Babe Ruth to the Yankees. Following this sale, the Boston-based team did not win a World Series for another 86 years. It was referred by many as the Curse of the Bambino, which is also a very important aspect of the rivalry. In total, the two teams have met 2,208 times with the Yankees ahead.

Boston Red Sox vs. Tampa Bay Rays - Even though the Tampa Bay Rays have been around for just 20 years, the rivalry between these two seems ages old. This rivalry has been focused on a series of memorable events for both teams, including several brawls. One of these brawls took place on August 29, 2000, as Gerald Williams charged the mound after being hit by a pitch by Red Sox’ Pedro Martinez. Another incident took place on May 5, 2002, when Nixon threw his bat at Rays’ pitcher Ryan Rupe, who had hit two of the Red Sox players earlier in the game. June 5, 2008, saw a similar brawl breaking out between James Shield of the Rays and Coco Crisp from the Red Sox.

Over its long history, the Boston Red Sox has had quite a few talented players on its roster. Ted Williams was one of the legends that played from the Boston side. He was a 19-time All-Star and a Red Sox player for life. Known as The Splendid Splinter, he also won two AL MVPs. Williams was inducted into the Hall of Fame in 1966.

Pedro Martinez is another big name for the Red Sox. He ranks highest among the Boston pitchers and put together two of his best pitching seasons in 1999 and 2000. Along with being a Hall of Famer, Martinez was a six time All-Star in Boston and won two Cy Young Awards.

The Legendary Home Ground of the Red Sox

Home since 1912, the Boston Red Sox play their home games at the iconic Fenway Park. With a notoriously fun stadium and passionate crowd, there's really no bad seat at Fenway Park. In the heart of Boston, this 38,000 seat stadium is a historic place to watch some baseball. Fans are given the opportunity to see the Green Monster up close and enjoy a classic Fenway Frank. With its rich history, a stadium like Fenway Park is on the bucket list for every sports fan.

Sox tickets are your way in to being a part of one of America's greatest pastimes.

And when it is a team with this much history, you might as well get their season tickets to not miss out on any action.

Get these Red Sox season tickets and get ready to enjoy the most thrilling baseball games.

The season promises to be more exhilarating than ever. With a series of games against the New York Yankees, you cannot afford to miss even a single game! There's nothing quite like Boston baseball.

The last thing you want to find out is when the Boston Red Sox event you wanted to go to is sold-out. Don’t worry in many cases ScoreBig has affordable tickets to sold out events. We sell tickets from GA all the way to premium seating and parking. Skip the scalpers in the parking lot and get your tickets online from top Boston Red Sox ticket brokers. We get you in all events, buy your Boston Red Sox tickets here from a brand that many trust and rely on for all their ticketing needs.

ScoreBig offers a 100% money-back guarantee. If you have been in search of cheap tickets for Boston Red Sox, ScoreBig by far is the best option. That’s why ScoreBig has more loyal customers than any other ticketing site. Shop at ScoreBig for safe and secure Boston Red Sox event tickets.