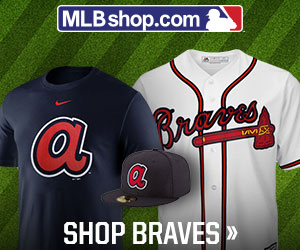 The Atlanta Braves are loaded with young players who will look to bring the Braves their first title since 1995. With the rise of the Washington Nationals and Miami Marlins, the NL East has turned into one of baseball’s tightest pennant races. Atlanta will look to revamp their winning ways and jump right back into championship consideration.

The few years have been rough for the Atlanta Braves. The team that has three World Series Championships has seen itself struggling ever since it was defeated by the Los Angeles Dodgers in the NLDS in 2013. They haven’t appeared in the postseason since. In the 2017 campaign, The Braves finished third in the East Division. 2017 was also the first season for the Braves at SunTrust Park, after playing at Turner Field for the past 20 years.

Unforgettable moments in the history of the Atlanta Braves

A team like the Atlanta Braves has no shortage of unforgettable moments. Let’s take a look at some of them.

The 1995 Season – After coming up short against the Minnesota Twins and the Toronto Blue Jays in 1991 and 1992 seasons, the Atlanta Braves once again qualified for the playoffs in 1995. This time, they went on to defeat the Cincinnati Reds and the Cincinnati Reds in the NLDS and NLCS respectively before they locked horns with the Cleveland Indians for the World Series title. On October 28, 1995, the Braves beat The Tribe in four out of seven games and won the World Series Championship for the first time in thirty seven years.

The Braves Vs The Miracle Mets – In the 1999 season, the Atlanta Braves collided with the New York Mets in the NLCS. Everything was going the Braves way as they won the first three games of the series. Turning point came when the Mets bounced back and won two games consecutively which led to Game six. It was a do or die situation for the Braves but in the end, they emerged victorious and went on to face the New York Yankees for the World Series title.

The Atlanta Braves have heated rivalries with the New York Mets and the Washington Nationals.

Braves-Mets Rivalry – This rivalry between the Atlanta Braves and the New York Mets is fierce. They met for the first time on May 11, 1962, at the Polo Grounds with the Braves winning 8-5. The root cause of this rivalry was the Division alignment that saw the Braves ordered by the MLB Commissioner, Fay Vincent to move to the NL East. In 1999, this rivalry escalated when the two teams collided with each other in the NLCS which was won by The Braves, 4-2.

Braves-Nationals Rivalry – The Braves and the Nats had all the makings of a great MLB rivalry. These two teams became rivals when the Braves became a member of the NL East in 1994. The Nationals had already been there since their establishment in 1969. Since then, the two teams have played each other in many grueling games. The Braves and the Mets squared off in one of the longest games played between them which lasted for 5 hours and 29 minutes. It was held at the Turner Field on August 17, 2013, where the Nats came out victorious 8-7.

Before the Atlanta Braves moved to their new ballpark, SunTrust Park, they used to play their home games at the Turner Field. They started playing there in 1997. The Braves played their last game at the venue on October 2, 2016, against the Detroit Tigers which they won, 1-0.

Built in 1996 for the Atlanta Olympics, Turner Field appeals to fans of all ages. The Coca-Cola Sky Field contains a base path which kids can run during the games, as well as an unobstructed view of the downtown Atlanta skyline. Scouts Alley features interactive baseball-themed games and restaurants, as the Chop House, allow fans to enjoy a delicious meal while watching the game from the outfield.

Hank Aaron played for the Atlanta Braves from 1954 to 1974. During his time with the team, he appeared in a whopping twenty four MLB All-Star games. Moreover, he won three consecutive Golden Glove Awards in 1958, 1959 and 1960. Hank also became a two-time NL batting champion and a four-time NL home run leader.

Eddie Matthews is another star player who remained with The Braves from 1952 to 1966. While Mathews was with the team, he made it to multiple All-Star games and also became a two-time home run leader in 1953 and 1959. Atlanta Braves retired his number 41 on July 26, 1969.

Then there is, Greg Maddux who began playing for the Braves in 1993. He remained on the roster till 2003. He too played an instrumental role in the team’s success and won the NL Cy Young Award four times. Maddux also became a four-time MLB Era Leader.

Other than these players, Bobby Cox, Joe Torre, Gaylord Perry and Phil Niekro also played for the Braves. All these stars have been inducted into the Atlanta Braves Hall of Fame.

After they failed to make it to the playoffs in the last three campaigns, the Atlanta Braves are looking to make their presence felt in the upcoming season.

The Braves fans are curious to know if their favorite team will make it past the regular season. To find out, all you need is your Atlanta Braves tickets. Get them now before they run out.

The last thing you want to find out is when the Atlanta Braves event you wanted to go to is sold-out. Don’t worry in many cases ScoreBig has affordable tickets to sold out events. We sell tickets from GA all the way to premium seating and parking. Skip the scalpers in the parking lot and get your tickets online from top Atlanta Braves ticket brokers. We get you in all events, buy your Atlanta Braves tickets here from a brand that many trust and rely on for all their ticketing needs.

ScoreBig offers a 100% money-back guarantee. If you have been in search of cheap tickets for Atlanta Braves, ScoreBig by far is the best option. That’s why ScoreBig has more loyal customers than any other ticketing site. Shop at ScoreBig for safe and secure Atlanta Braves event tickets.