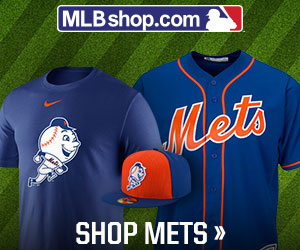 It may have taken the New York Mets a few seasons to establish themselves as serious contenders in the MLB, but when the team appeared in their first playoff, they went all the way and won the World Series. The team, which earned the title of “Miracle Mets” after their 1969 season, pulled off one of the biggest upsets in World Series history when they defeated the Baltimore Orioles 4-1.

The “Miracle Mets” were not a one-off team either; they won the World Series again in 1986 and were in the playoffs as recently as 2016.

The Mets are looking to bounce back from a less than outstanding 2017 season. Due to injuries and poor performances by key players, the Mets finished 4th place in the NL Eastern Division and did not make the playoffs for the first time in 3 years

Although the Mets have not seen a world championship in over 20 years, they have their sights set on bringing home some hardware. With a powerful pitching staff, New York is looking to keep their division crown over the Washington Nationals and the Atlanta Braves.

Grab your New York Mets tickets and head down to Citi Field to be a part of your team's home field advantage.

The Miracle of 1969 – Since their inception in 1962 till 1968, the Mets had never been to the playoffs. Therefore, it’s a no brainer that no one was expecting them to win the World Series in 1969. However, the combination of solid hitting and on point pitching saw the team win 100 games in the regular season.

Once in the playoffs, the Mets swept over the Atlanta Braves 3-0 in the 1969 NLCS and then defeated the heavily favored Baltimore Orioles, 4-1, in the World Series. The Mets’ first big win in still etched in every Mets’ fans’ memory.

The New York Mets are one of the two professional baseball franchises based in New York City, the other being the New York Yankees. Close proximity has resulted in a rivalry between teams.

The Subway Series – The Mets-Yankees rivalry is often referred to as such. The two teams have frequently met each other in the regular as well as post-season games. The pinnacle of this rivalry was when the two faced off during the 2000 World Series, in which the Yankees defeated the Mets 4-1.

Braves-Mets – Both the Atlanta Braves and the New York Mets compete in the National League (NL) East Division. This rivalry intensified during the late 1990s and early 2000s. It is however the Braves who lead the regular season series.

Mets-Phillies – From 2006 to 2008, the Mets-Phillies rivalry was one of the hottest in the National League. This brief period was marked by both teams battling it out for a playoff position. The Phillies lead in the regular season series and also hold the record for the largest victory, 26-7 over the Mets.

The Greatest Mets’ Players of All Time –

From 1962, the Mets have produced some of the greatest players MLB has ever seen. Following stand out as the best to ever wear a Mets uniform.

Tom “Terrific” Seaver -Perhaps the greatest Met player of all-time, Seaver turned the perpetual losers into World Series Champions. As a Met, Seaver was Rookie of the Year and also won three of his Cy Young Awards with the franchise. Seaver is one of the most decorated pitchers to ever play baseball. To see history in the making get your NY Mets tickets here.

Darryl Strawberry – Strawberry’s exceptional skills may have been overshadowed by his knack for falling in trouble, but he remains one of the greatest Mets of all-time. He was part of the 1986 Mets team that won the World Series. One of the greatest power hitters, Strawberry led the league in 1988 with most home runs (39).

Mike Piazza – One of the greatest offensive catchers to play the game, Piazza led the Mets from the late 90s into the early 2000s. From the moment, he was traded to the Mets, Piazza became one of the most beloved Mets of all-time.

If you’re fan of the New York Mets then get NY Mets Tickets and see your favorite team take another shot at the World Series. The Mets are brilliant especially when they are at home and with Jacob deGrom, Yoenis Cespedes, and Noah Syndergaard on the roster.

Citi Field replaced Shea Stadium as the Mets' home ballpark in 2009. The 45,000 seat stadium opened in the same year as the new Yankee Stadium, adding further fuel to the Mets-Yankees crosstown rivalry. The Jackie Robinson Rotunda along with witnessing the Home Run Apple emerge from behind the center field wall are must sees when attending any Mets' game. With so many great teams to fill up the New York Mets schedule, fans will not want to miss one inning.

Secure your seat at Citi Field this season with Mets tickets and watch the team fight harder than ever for the championship.

The last thing you want to find out is when the New York Mets event you wanted to go to is sold-out. Don’t worry in many cases ScoreBig has affordable tickets to sold out events. We sell tickets from GA all the way to premium seating and parking. Skip the scalpers in the parking lot and get your tickets online from top New York Mets ticket brokers. We get you in all events, buy your New York Mets tickets here from a brand that many trust and rely on for all their ticketing needs.

ScoreBig offers a 100% money-back guarantee. If you have been in search of cheap tickets for New York Mets, ScoreBig by far is the best option. That’s why ScoreBig has more loyal customers than any other ticketing site. Shop at ScoreBig for safe and secure New York Mets event tickets.