Dallas Cowboys Tickets | Dallas Cowboys | ScoreBig.com
ScoreBig is a resale marketplace. Ticket prices may be above face value.
Ashburn, VA, US
All Dates
X
Sorry, there are no events. 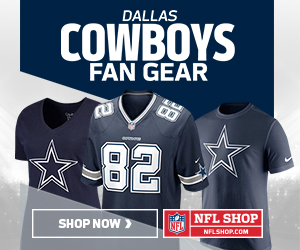 The Cowboys are back and have championship aspirations. With a newly revamped roster on both sides of the ball, led by a dynamic offense, Dallas is ready to claim the NFC East throne and bring a Super Bowl title back home. Division rivals, the New York Giants and the Philadelphia Eagles will fight to keep the Cowboys down.

Get your Dallas Cowboys tickets and come down to AT&T stadium to help your team bring home another Lombardi Trophy.

The Dallas Cowboys in a Nutshell

Even though the Cowboys have made it to the playoffs on nine occasions with six Division Championships since 1995, the last one coming in 2016, America’s Team has been unable to make it to the Super Bowl in the last twenty plus years.

However, with the latest set of drafts concentrating on improving their pass rush, all is expected to change for the Cowboys in the upcoming season.

Cowboys at their Absolute Best

The Dallas Cowboys may have had their dynasty years in the late sixties and seventies, it was during the nineties they had their most success. In a space of a decade the Cowboys won three Super Bowls, three NFC Conference Championships, six NFC East Championships and made it to the playoffs every year except for 1997.

Changing of the Guard – On January 17, 1993, the Cowboys went up against the number one seed the San Francisco 49ers at Candlestick Park. In front of 64,920 fans, the Cowboys defeated the 49ers 30-20 and booked themselves a Super Bowl berth for the first time since 1978.

This 1992 season NFC Championship Game is referred to as Changing of the Guard due to the simple fact that the 49ers were the favorites and the Cowboys win resulted in a major upset.

The Catch – Even though this particular encounter saw the Cowboys lose, the NFC Championship Game between the San Francisco 49ers and the Dallas Cowboys on October 1, 1982, was perhaps a precursor to their 1993 faceoff. The two teams met at Candlestick Park with 60,525 fans in attendance. The final score was a win for the 49ers 28-27 over the Cowboys.

This 1981-82 NFC Championship game is remembered for two reasons. San Francisco 49ers wide receiver Dwight Clark grabbed an improbable pass at the back of the end zone with 51 seconds remaining to clinch a victory for the 49ers. Second, the 49ers snapped a three game playoff losing streak against the Cowboys.

In their 57 year history, the Dallas Cowboys have faced off against many rivals. The NFC East is the least changed division in the NFL. Consisting of Philadelphia Eagles, Washington Redskins and the New York Giants, the Cowboys have played these teams regularly since the beginning.

The AT&T Stadium in Arlington Texas

Brand new AT&T Stadium is a must see for any Cowboys fan. The stadium seats 85,000, making it the fourth largest stadium in the NFL. It is also home to the world's largest high-definition video display. The Cowboys commissioned 18 contemporary artists to create site-specific artworks for the stadium. The stadium features paintings, sculptures, and installations that fans can enjoy throughout the stadium concourse. The Dallas Cowboys Hall of Fame is just one of the many amenities in this state of the art facility. Cowboys tickets are your chance to experience America’s team up close and personal in one of the most modern arenas in the league.

The Dallas Cowboys have had many talented players on their roster over the years. However, the greatest cowboy of them all is Roger Staubach. Leading the cowboys to two Super Bowl wins and NFC Championships, Staubach was the NFL MVP in 1971. This legendary Quarterback was inducted into the Pro Football Hall of Fame in 1985.

Emmitt Smith is another cowboy who is the NFL’s all time rushing yardage leader. Inducted into the Pro Football Hall of Fame in 2010, this Running Back spent 13 years with the Dallas Cowboys amassing 17,162 yards and 153 touchdowns.

Another name that is synonymous with the Cowboys success is the un-blockable Bob Lilly. During his 14 seasons with the Dallas Cowboys, Lilly achieved 94.5 sacks with 11 Pro Bowl and nine Pro Bowl team nods.

How About Them Cowboys?

With the team making their intentions clear with their latest draft picks, it looks like the Cowboys are looking to go all the way this year. If you’re a fan of America’s Team then get your Dallas Cowboys playoff tickets from here. Make sure you get the best seats by going through the AT&T Stadium seating charts. Also keep an eye on the NFL schedule and mark your calendar.

The last thing you want to find out is when the Dallas Cowboys event you wanted to go to is sold-out. Don’t worry in many cases ScoreBig has affordable tickets to sold out events. We sell tickets from GA all the way to premium seating and parking. Skip the scalpers in the parking lot and get your tickets online from top Dallas Cowboys ticket brokers. We get you in all events, buy your Dallas Cowboys tickets here from a brand that many trust and rely on for all their ticketing needs.

ScoreBig offers a 100% money-back guarantee. If you have been in search of cheap tickets for Dallas Cowboys, ScoreBig by far is the best option. That’s why ScoreBig has more loyal customers than any other ticketing site. Shop at ScoreBig for safe and secure Dallas Cowboys event tickets.